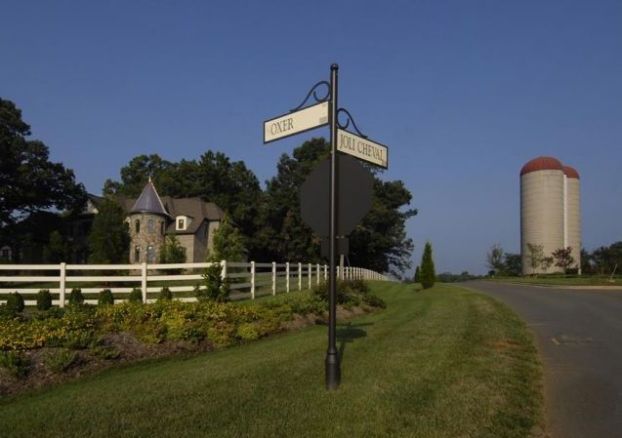 Charlotte area residents have a vision for their region’s growth. By 2050, they want to see more farms and rural areas preserved, less suburban development and more development that blends housing, stores and offices.
Those are the key takeaways from nearly two years of public meetings, surveys and work sessions, all part of the “CONNECT Our Future” program. The process also included in-depth reviews of local government priorities and goals with county leaders and staff. The CONNECT program, spearheaded by the Centralina Council of Governments and Catawba Regional Council of Governments, last month unveiled its “preferred growth concept” for the region and each of its 14 counties.
If the plans that exist today throughout the region are followed, by 2050 some 61 percent of the land in the region would be rural and open space, and 29 percent would be suburban neighborhoods. If, on the other hand, regional governments enacted plans to achieve the CONNECT preferred growth concept, 68 percent of the region would be rural and open space and 21 percent suburban neighborhoods. Overall, the CONNECT preferred growth concept would increase tax value per acre by an estimated $12,400, according to Centralina COG and consultant group Urban3, which did return-on-investment studies.
Planners from the Centralina Council of Governments crafted the concept based on public input the organization has been collecting since early 2013 about growth priorities. After identifying 10 major priorities, CONNECT staff and consultants examined measures that would help achieve each priority. Through this analysis they estimate that by following the CONNECT preferred-growth concept instead of the current growth plans, the region would achieve the following:

“The priorities are the main thread that runs through the whole project,” said Michelle Nance, planning director at Centralina COG. “The preferred growth concept is based on all of the input on what people thought growth should look like. The concept map reflects what’s realistic regarding land use and transit options, given the plans that communities have in place and goals they want for the future.
“Farmland preservation was definitely a priority that came out. Not only preserving the land, but making sure (the land) was maintained as working land.”
The scenarios are based on the top 10 priorities for the region overall and for each county. For example, one of Mecklenburg County’s top priorities was more transportation choices. CONNECT planners estimated the percentage of total land area that could support walking, bicycling and transit as well as driving, and found that the preferred concept would increase that by 3 percent over what would occur if the county left current plans in place. The increase in new, mixed-use walkable development throughout Mecklenburg County equates to an area nearly half the size of Huntersville. Another priority, cost of commuting, would likely be the same under the preferred scenario or current plans.
“Basically, it’s about how land use patterns create different tradeoffs,” said Nance. “We take several scenarios, and they gave use a certain set of outcomes. Then we measure if it performs better than what’s on the books today.”
The county- and regional-level growth concepts will guide the final step of the CONNECT program — developing a “toolbox” and model ordinances to help planners and policymakers in the 14-county region achieve the scenario’s goals and priorities, Nance said. She said the toolbox should be complete by December.
The CONNECT Program and Policy Forum met earlier this month in Charlotte to begin working on the toolbox. By a unanimous vote during its July 29 meeting, the CONNECT Policy Forum endorsed the preferred regional growth concept that had been reviewed in detail by all counties and members of the CONNECT Consortium during June and July. The Policy Forum consists of elected officials, and CEOs or board members from the private and nonprofit sectors.

Disclosure: The UNC Charlotte Urban Institute, which runs PlanCharlotte.org, has a contract with the CONNECT project to develop a set of regional metrics to track progress over time and to house those metrics on a page on the institute’s website. The contract is for $205,486. Institute Director Jeff Michael and the institute’s researchers working with CONNECT had no role in writing or editing this article. More information: http://plancharlotte.org/

Thanks for supporting Neely School The purpose of this letter is to recognize and thank those who have helped with... read more