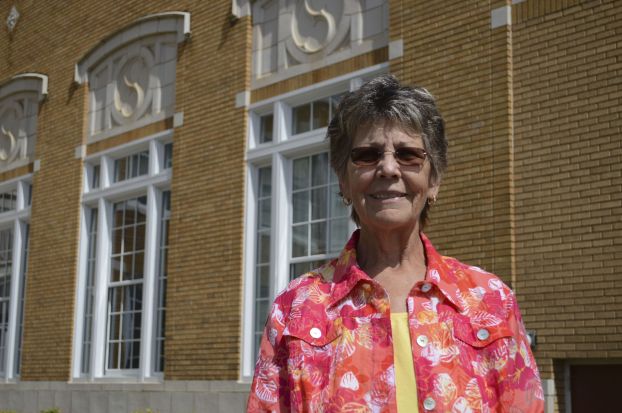 Editor’s note: This is a part of a series of articles on the candidates for Rowan county commissioner, their priorities and their stands on specific issues. The Post plans to run the articles each Tuesday and Thursday.

By Josh Bergeron
josh.bergeron@salisburypost.com
If there’s one thing that’s consistent about Rowan County commissioner races, it’s Leda Belk’s name on the ballot.
Since 2000, Belk, a registered Democrat, has run for county commissioner five times. In 2000, Belk was elected but hasn’t garnered enough support to make the board of commissioners since her initial success.
She said her consistent candidacy is a product of concern about the way Rowan County is headed.
“Until we get it right, I’m going to keep running,” Belk said. “When I was a commissioner from 2000 to 2004, and the people gave me the opportunity and the privilege, I was the only Democrat among four Republicans. To me, labels don’t mean a thing. It’s about going in together to do the job and bring a better quality of life to the people, and we were doing that.”
Belk said she’s proud of her time as a commissioner in the early 2000s because the board was well organized.
“There is no company that’s the size of this county that can run without plans, and we don’t have plans,” she said. “It’s like in 2004, the county put on the brakes.”
Belk is currently a substitute teacher at Salisbury High and a Rowan County native. She initially graduated from Salisbury Business College and was a payroll clerk for seven years at Rowan Cotton Mills.
She also earned degrees in criminal justice from Central Piedmont Community College and the University of North Carolina at Charlotte.
Belk said she initially tried to join law enforcement organizations in Rowan County, but wasn’t even offered an application because of her gender. Instead, she pursued a law enforcement career in Charlotte and later transitioned to education.
Though she still works, Belk said she retired from full-time work in 2000 after working at two schools in Rowan County.
Some of her top priorities include ensuring the Rowan-Salisbury School System has enough resources to thrive and creating a climate that attracts industry and jobs. She said creating a capital outlay plan for the school system could help adequately plan financing for major construction projects.
“Go to the west part of our county in Cleveland,” Belk said. “Those schools were on the market to be replaced when I was a sitting commissioner. Those issues don’t just develop; it’s long term neglect and neglect by the commissioners because they fund education.”
She also added financing county government departments adequately to her list of priorities.
One potential major project that Belk could deal with if elected is a county-owned water system. The commissioners are currently paying for a feasibility study. When Belk was a commissioner, the county paid for a feasibility study and found a water system to be too expensive.
“The cost has only gone up,” she said.
The water system has been touted as a potential economic development tool, but Belk said the previous feasibility study revealed that some areas along the interstate can’t support large buildings. However, she said, water could be an important economic development tool.
The former Salisbury Mall could also be a major project once new commissioners are elected, with county departments finally setting up shop.
Belk said there are still far too many questions about the condition of the building that need to be answered before county departments are actually moved in. A space needs study is underway, but Belk said commissioners should also examine the condition of the structure.
“How structurally sound is the building?” she asked. “How is the air conditioning, and what will that AC support?”
Belk said she is more concerned about working for the residents of Rowan County than pushing a particular agenda.
“I believe in my causes, and my cause is Rowan County. If our commissioners come together as a unit and put the issues forward, our people will support a good cause.”