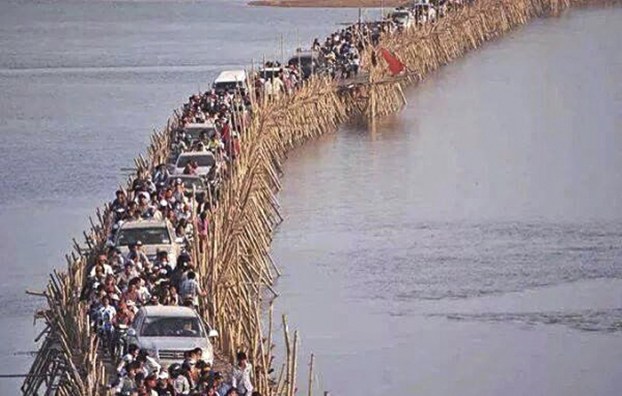 Catawba Offers a Chance to Learn About and Travel to Cambodia

Students and members of the Salisbury-Rowan community have a chance to learn more about and even travel to the Asian country of Cambodia through a weekly international business class offered through Catawba College.

Management 2001 Cambodia Business and Culture will meet Mondays from 3 until 4 p.m. and will be team-taught by Dr. Paul Baker and Dr. Phillip Frank, both Catawba faculty members in the Ketner School of Business.

The class will explore music, art, architecture, customs and business practices of the Cambodian culture, and will culminate with a two-week trip to the country in the spring of 2015.  Since students will also make a two-week capstone trip to Cambodia, they will receive three credit hours for the course.

Students in the course will have the opportunity to travel to Cambodia with Baker and Frank where they will visit non-government organizations such as the Red Cross, Samaritan’s Purse and World Vision to see how NGOs can bring positive change to desperately poor countries.

Travelers will have conversations with government officials and with business leaders to see how private companies operate in Cambodia. Plus, there will be a chance to visit orphanages to encourage the orphans and to hear their stories.

The students will hear traditional Khmer music and see traditional Khmer dance performed, as well as visit the Royal Palace and the 1,500-year-old Angkor Wat – one of the Seven Wonders of the World and the largest temple complex in the world.

The cost for the trip is approximately $4,000, plus the cost of the class fee.

Community members can register to take this course by applying to Catawba as a post-bac or special status student, depending on their background.

Baker, who is a professor of mathematics and computer science, has extensive in-country familiarity with Cambodia and promises those making the trip that they “will visit with some of the ‘success stories’ I know about – Cambodians who have made a real difference.”

In the 1960s, Baker attended undergraduate school on a U.S. Navy scholarship, and he enrolled in graduate school while still serving in the Navy.  His two year-long tours of duty were almost compressed into one continuous deployment – in 1967-68 he was in Vietnam aboard a destroyer, and then in 1969-70, he was in Saigon as a Cambodian analyst for covert Naval Intelligence.

In 2005, Baker wove his memories and letters written to his wife from that period into a four-volume, 1,000-page tome, “A Shadowy Passage,” which he calls “autobiographical fiction.”  Others, including the late former King of Cambodia Norodom Sihanouk (1941-2005) call Baker’s work “a persuasive account of events in Cambodia prior to the Coup d’Etat of Lon Nol” which could only have been written by someone with “an intimate knowledge of events in Cambodia in 1969-1970.”

Today, not only his book, but his annual mission trips to visit and minister to orphans in Cambodia are methods for Baker to do penance of sorts for America’s involvement in the fate of this country.

“I’ve come to hold human life as much more precious than I did when I was first in Vietnam,” Baker said in an interview after the launch of his book. “The real fruition of my growth is working with the orphans in Phnom Penh when I can bring some hope to a hopeless situation.  Cambodia now has the very unfortunate distinction of having the highest per capita handicapped population of any country in the world due to the mines left behind after years of conflict.”

Frank, an assistant professor of business, joined the faculty in Catawba’s Ketner School of Business in 2013. He earned his bachelor’s degree in marketing from Appalachian State University, his MBA from High Point University, and his doctorate from the University of North Carolina at Greensboro.

Prior to beginning his graduate career, Frank served on a three-month mission trip to Northern India where he worked with the Tibetan Government in Exile in Dharamsala. Speaking of that formative experience Frank said, “It provided me with an opportunity for both, educational and personal growth.”

“This current trip is aimed to provide similarly for Catawba students and surrounding community participants. It is very exciting to be working with Dr. Baker who has such an extensive base of knowledge about the region to develop this course. I believe it will be a once in a life-time experience,” Frank said.