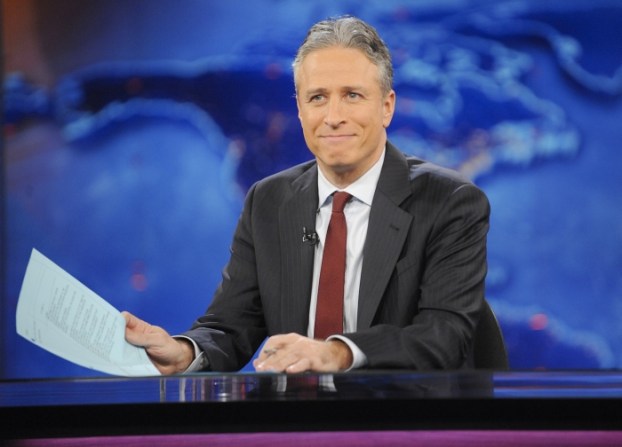 Leonard Pitts: Jon Stewart is why I’m not crazy

I am not insane. For this, I have Jon Stewart to thank.

Thirteen years ago, it felt like I was in a front row seat on the express train to Crazy Town. That, you will recall, is when the wheels began to come off the Bush administration’s argument for invading Iraq, i.e., to find the weapons of mass destruction. But of course, there were no such weapons, an inconvenient truth to which Team Bush responded with a new, after-the-fact rationale. Now, the argument for war was and always had been the need to free the poor, suffering Iraqi people.

By itself, this steaming load of cattle waste and the smarmy self-righteousness with which it was dumped was enough to make me wander the streets muttering to myself. But what really made my brain simmer in its own juices, what really made the steam build inside my skull, was the way the American people responded to the tacit assumption that we were a bunch of compliant dopes too stupid to care that we had been baited and switched into the biggest foreign policy debacle of the last 40 years.

Namely, by proving ourselves a bunch of compliant dopes too stupid to care that we had been baited and switched into the biggest foreign policy debacle of the last 40 years. America shrugged, better than half of us telling pollsters the war was justified whether WMDs were found or not.

Then my friend Bruce tells me about this news parody program called “The Daily Show,” hosted by this guy named Jon Stewart and says I really ought to watch. So I do. And I feel encroaching insanity rolling back, borne off on the simple, soul-saving realization that somebody else Gets It.

Jon Stewart is why I’m not crazy. With his recent announcement that he will be leaving the show this year, I figure now is the time for a thank you long overdue.

No, Stewart did not invent fake news. “Saturday Night Live” got there decades before him with its Weekend Update segment. But where “SNL” and others approached the news with ironic detachment, Stewart alone climbed into the pit and wrestled with it. His innovation was simply his willingness to be outraged, to be an informed, intelligent and decent man unable — or, perhaps, unwilling — to close his eyes and anesthetize his soul to the hypocrisies, distortions, inanities and steaming loads of cattle waste the news too often brings.

Though his worldview was unabashedly liberal, Stewart’s only true loyalty was to his own everyman sense of right and wrong. So he went after Team Obama for its drone diplomacy, domestic spying and failure to provide timely healthcare to veterans with a ferocity that rendered foolish all those folks who predicted he’d run out of material once Bush left office. His show was a rare television platform for authors selling weighty tomes on difficult topics. He rendered the financial meltdown comprehensible. He skewered Fox with its own words and CNN with its own holograms.

And he did it all with a potty mouth and a razor wit.

We tend to underestimate humor, but it has this way of clarifying that which is difficult and opaque. You can often make a more trenchant point with a joke than with a 10,000-word treatise, something Stewart proved night in and night out. For my money, he is the news media’s moral center, a Cronkite for the new millennium.

Yes, that’s a lofty role to ascribe a nightclub comic, but I stand by it. I don’t think I’d have gotten through the madness of the last 13 years — death panels and tea parties and Ferguson, oh my! — without him.

People are asking who his replacement will be. They needn’t bother. Yes, someone else will eventually sit in the chair and spin jokes off the news, but Stewart won’t be replaced. Can’t be.

And I can feel myself getting a little crazier already.

Leonard Pitts is a columnist for The Miami Herald.

We don’t know much about how county government works. But the Rowan County Board of Commissioners’ move to halt work... read more