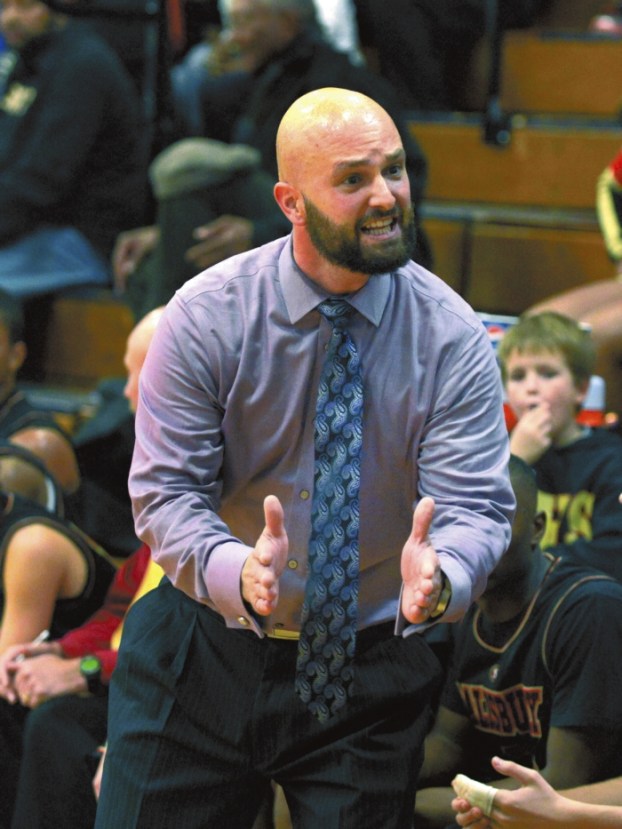 SALISBURY — Jason Causby resigned as Salisbury High School’s boys basketball coach on Monday, ending his 10-year run at the helm of the Hornets.

Causby’s record was 152-111, so his average season was 15-11. He closed the books on the current season at 15-10. It was another good, but not great year, but it should be noted that half of Salisbury’s 10 losses were to Western Regional qualifiers North Rowan and Lexington.

Causby ranks eighth on Rowan County’s all-time wins list for public schools. Most of the men ahead of him are legends.

“When you’re a young coach, you hope you’ll get a chance at a place where you can win championships,” Causby said. “I give all the credit to phenomenal kids. We had kids like Darien Rankin and Romar Morris, who weren’t just the most talented kids in the gym, they also were the hardest-working kids in the gym. For 10 years, we had tremendous kids, for the most part, and they laid it on the line for their school.”

Causby, who played at West Rowan, started his coaching career with the Concord jayvees. He was still in his 20s when he was hired to lead the Hornets.  His first team was the 2004-05 Hornets with Doug Campbell, Scotty Robinson and Channing Powell. They started 3-7 but finished 16-10. They went 14-2 in the CCC and shared the league title.

“Dr. (Windsor) Eagle gave me a chance when all he had to go on was that my teams had won jayvee games,” Causby said. “I’ll always be grateful for that opportunity. I’m also grateful to Joe Pinyan,  our AD for many years. You had to do things Joe’s way, but he was a great supporter and he was a huge part in Salisbury’s athletic success in a lot of sports.”

From 2007-10, Causby coached the Hornets to four straight CCC tournament titles. The three Moir Classics Salisbury won under Causby were a three-peat that was achieved when Rankin was soaring above the rim.

Causby left for one season (2010-11) to coach North Hills Christian School and was replaced by Justin Morgan. Causby returned to the Hornets prior to the 2011-12 season.

Causby’s life has changed while he’s been coaching. He’d just gotten married when he was coaching jayvees. Now he and his wife, Becky, have three children — daughter Jaysa (11) and sons Grey (8) and Griggs (5).

“I’ve always tried to straddle the fence 50/50 and not rob any time from my family or my team,” Causby said. “But last winter was eye-opening. The kids are sprouting out and they’re at that age where they all had activities, whether it was karate or basketball. We were starting to miss things.”

Causby is a special education teacher at Salisbury. He’s only 38 and loves to compete. He may return to coaching, in the right situation and at the right time, down the road.

“When it comes to coaching, I live it, breathe it, eat it and drink it,” Causby said. “But coaching is something you do because you love it. You get a stipend, not a salary. Coaching is not what’s been putting bread on the table.”

Causby isn’t sure what’s next.

“Right now we just want to reorganize a little bit as a family,” Causby said. “The most important thing for me is being the kind of husband and father I always dedicated myself to being.”

Causby leaves the program in much better shape than it was when he arrived. Salisbury had only two winning seasons in the 10 years before Causby took over. Causby had only one losing season in a decade.

Principal Luke Brown said the search for a new coach is under way and he hopes to announce a hire before the end of the school year. Salisbury has a strong junior class, so the next coach won’t be facing a rebuilding job.

“We appreciate his years of service and wish him well in any future endeavors,” Brown said in a press release. “Jason is a man of high values and integrity. He is a tremendous person and Salisbury High School is a better place due to his leadership.”

Causby’s final game as Salisbury’s coach was a first-round playoff loss in the North Rowan gym.

“The goal every season is to win that last game, and we were never able to do that,” Causby said. “But except for winning that last one, we accomplished every goal I set.”