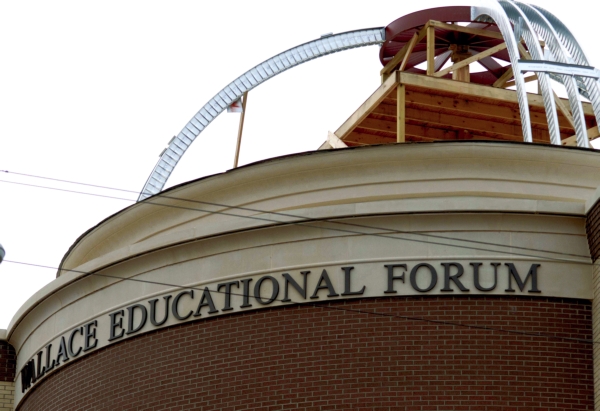 The extension has not yet been approved, but Vann said he plans to sign approval later this week.

The interior of the new school system central office building is nearly complete, Vann said, and is on schedule for a substantial completion date of Feb. 4.

However, heavy rains in December caused exterior work to grind to a halt, Vann said.

“We allow so many days in the contract for weather,” Vann said.

A day of rain means more than a one-day hold on work for exterior projects, Vann said. Any sort of earthwork requires drained, dry soil — and for a site with clay, it takes longer for the ground to dry out completely.

Barnhill still needs to pave asphalt, put in curbing, mount light poles, install a few sidewalks and put the finishing touches on some landscaping. The 26 days the company requested fall within the days delayed due to rainfall, Vann said.

Since the company made the request, further delay occurred due to snow and ice on site, but Vann says this shouldn’t delay the completion date for the site. The snow has cleared, and Barnhill should be able to finish exterior projects before the system’s projected March 1 move-in.

As far as he knows, Vann said, the extension will not result in pushing back the move-in date.

By Deirdre Parker Smith deirdre.smith@salisburypost.com The big thaw came in Monday, helping to clear streets and sidewalks and allowing many... read more