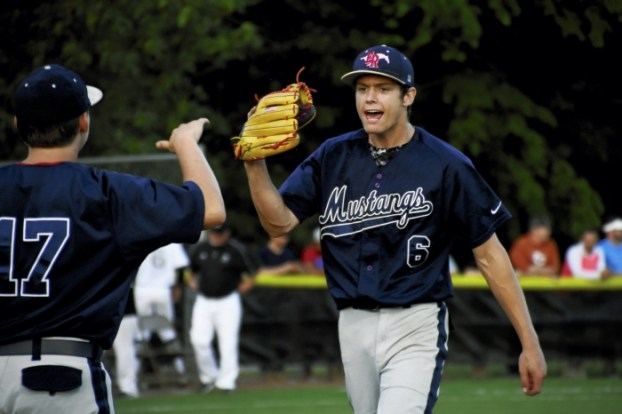 Ryan Bisesi/for the Salisbury Post ... East Rowan pitcher Hayden Setzer (6) comes off the field after retiring Ledford during the Mustangs' state 3A second round playoff game at Ledford on Friday night. Leford won the game, 3-1.