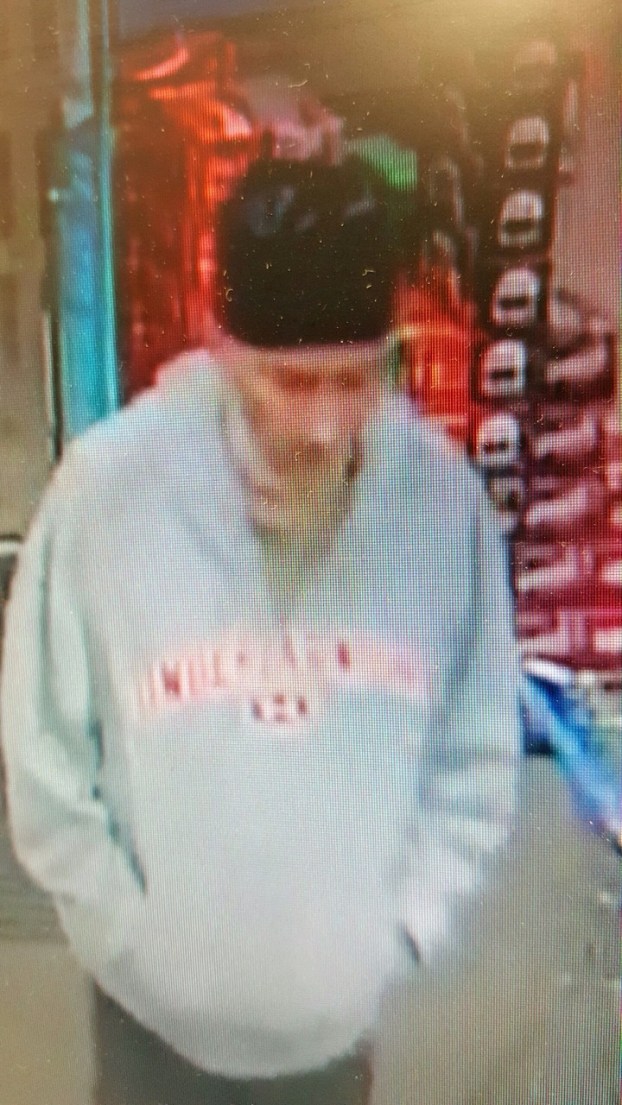 SALISBURY — Salisbury Police are looking for a man in a suspected armed robbery investigation that occurred Wednesday evening.

According to police spokeswoman Shelia Lingle, on Wednesday night at about 9 p.m., just before closing, a man walked into the Walgreens on Jake Alexander Boulevard and made his way back to the pharmacy. He called over a pharmacy tech and said he had a note. But according to Lingle, instead of a prescription, he handed over an ultimatum.

“If (the tech) didn’t give him the oxycodone, he’d start killing people,” she said the note read.

It also told the tech that the man was armed with a knife. According to Salisbury Police, the tech gave the note to the pharmacist, who began to place oxycodone in a bag. Lingle said that when the tech and pharmacist seemed to be moving too slowly, the suspect threatened them verbally, telling the pharmacist to “hurry it up or he’d start killing people.”

The man took the bag and left the store on foot, heading towards the back of the building and through the woods. According to police, the pharmacist and the tech never saw a weapon.

The suspect was last seen wearing a gray Under Armour hoodie, dark pants and a toboggan. Police say he has a “salt and pepper” beard.

Anyone with information regarding this matter is asked to call the Salisbury Police Department at 704-638-5333 or Crime stoppers at 1-866-639-5245. These calls can be made anonymously. Anonymous tips can also be left online at tips.salisburyrowancrimestoppers.org.

The forecast really hasn’t change at all, but it looks like we’re headed for a warmer week starting Monday, when... read more