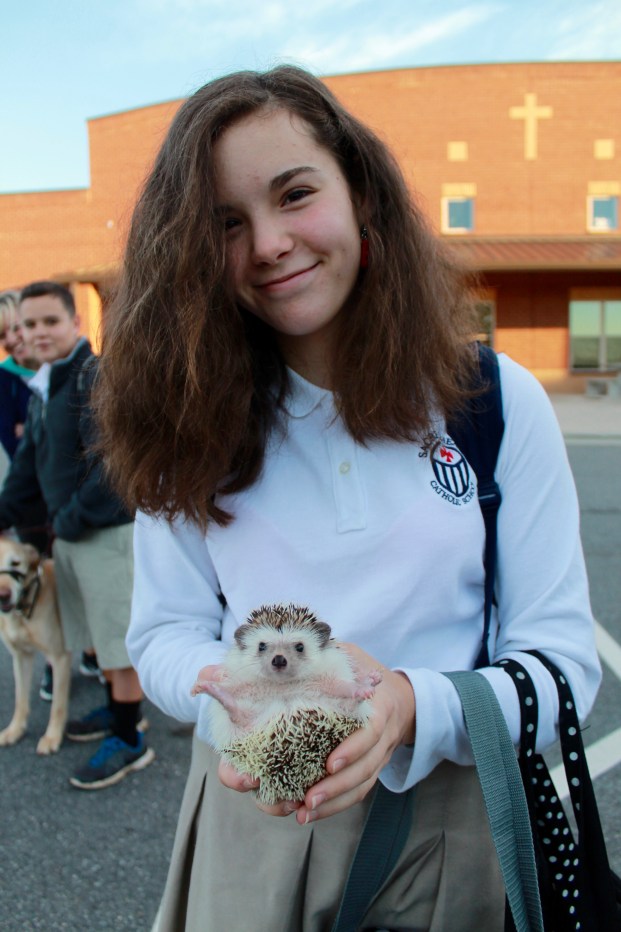 Blessing of the animals

SALISBURY — Sacred Heart Catholic School students and families celebrated the Feast Day of St. Francis of Assisi during Morning Assembly on Oct. 13. Many students brought their pets to be “blessed.” The pet crowd included dogs, cats, bunnies, birds, a hamster and two hedgehogs.

St. Francis, who founded the Catholic Church’s Franciscan order, lived in Italy during the late 12th and 13th centuries. He is remembered for his generosity to the poor and his willingness to minister to the lepers. He is also remembered for his love for animals and nature. St. Francis died at Portiuncula, Italy on Oct. 4, 1226. Pope Gregory IX pronounced St. Francis a saint in 1228. The pope also laid the foundation stone for the Basilica of St. Francis in Assisi, Italy. The church, also known as Basilica of San Francesco d’Assisi, is a UNESCO world heritage site.

Many churches in the United States celebrate the Feast of St. Francis of Assisi in October each year. The feast commemorates the life of St. Francis, who was born in the 12th century and is the Catholic Church’s patron saint of animals and the environment.

By Lizzy Roy Salisbury Academy SALISBURY — The air was crisp and pumpkins turned into works of art on Friday night... read more