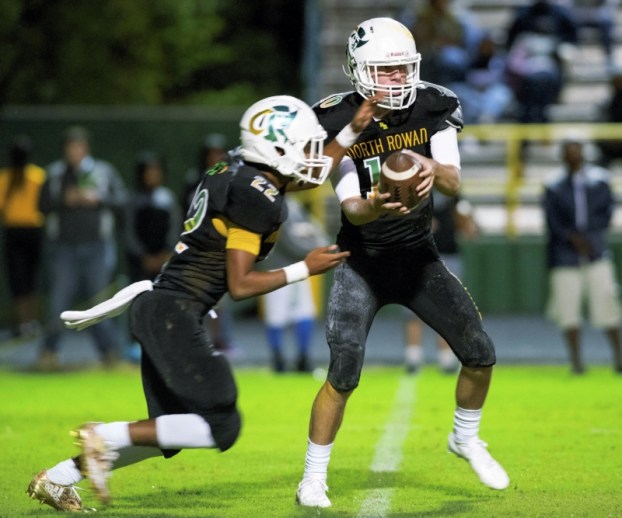 The Cavaliers (11-2) move on to play at Reidsville, a perennial 2A power. The victory was North’s eighth straight win. Brevard ends its season at 10-3.

After a scoreless first quarter, coach Ben Hampton’s North Rowan squad jumped out to a 10-0 lead in the second period.

Kicker Jacob Young booted a 27-yard field goal with 5:09 left before halftime and just over a minute later, quarterback Corbin Smith connected with running back Jayden Jones for a catch and run touchdown play of 89 yards. Young’s extra point gave the Cavaliers their 10-point halftime lead.

North added another Young field goal, this one a 22-yarder, for a 13-0 advantage, midway through the third period. Four minutes later, Young was in to attempt another field goal. However, this one was blocked and Brevard’s Luke Ellenberger returned it 70 yards for a touchdown and suddenly, the Blue Devils were back in the game.

Just six seconds into the fourth quarter, Jesse Lowery caught a 28-yard TD pass from quarterback Tanner Ellenberger and after the extra point, Brevard had taken the lead at 14-13.

But the Cavaliers didn’t panic, as if they even had time to do so. On the first play after Brevard’s kickoff, running back Jaleel Webster bolted 75 yards for a go-ahead touchdown. After Young’s PAT, North led, 20-14, with 11:10 left in the game.

Smith gave North some much-needed breathing room later in the period when he went over from eight yards out on a touchdown run at the 3:47-mark. Young’s extra point gave the Cavaliers a commanding 27-14 lead with time running out on Brevard.

Things got interesting again with Ellenberger tossed a 2-yard touchdown pass to Tanner Pettit with 2:16 left.

The ensuing on-side kick was recovered by North Rowan and the Cavaliers held on for their 27-21 lead.