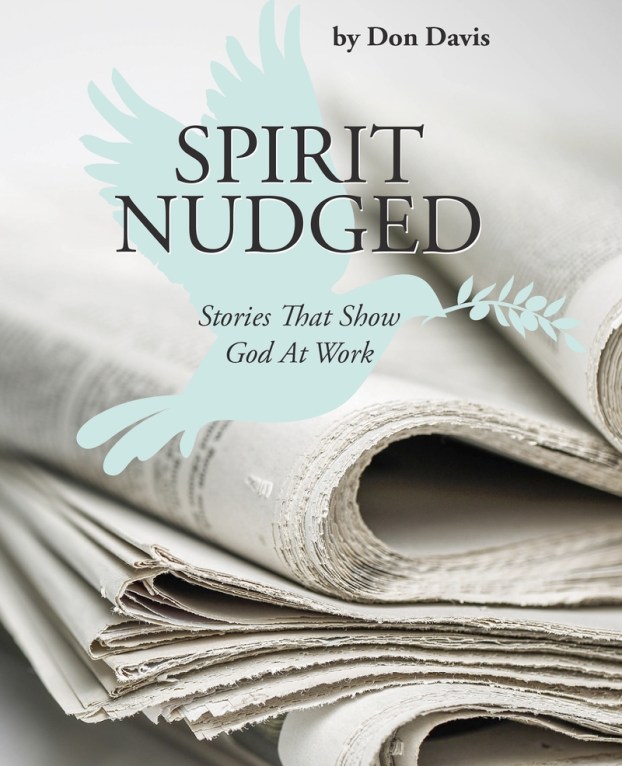 Don Davis has collected more of the articles he wrote for The Independent Tribune in Cabarrus County in a new book, “Spirit Nudged: Stories That Show God at Work.”

This is the third collection of his musings from the Independent Tribune and the Marlboro Herald Advocate in Bennettsville, S.C. “Spirit Led, Spirit Fed” was the first,  and “Spirit Touched” the second. All are based on life experiences.

He credits his wife Barbara for encouraging him to continue to write. The two have written children’s books and Davis has two books about cancer: “Man’s Diagnosis: God’s Prognosis” and “Restored, a Journey Through Cancer and Beyond.”

This time, he used larger print “because most of the people who read this are older.” He finds joy and appreciation when he speaks to senior citizens.

With 200 copies printed, Davis is selling the book at the Christian Supply Shoppe in Kannapolis, where they often recommend his book of daily devotions. “A Fresh Sip of God’s Word,” which is still the most popular book he has written.

He already has an idea for his next book. His daughter has a 14-year-old dog, Buddy, who is very much a part of the family. Buddy’s friends are the squirrels in the yard, the dogs and cats across the street, other neighbor’s pets, the postal carrier. He plans to make the book humorous and use scripture to teach lessons about friendliness, caring and sharing.

“I write the books for the ministry,” Davis says, “Because there’s something in there that people need.”

This book of short, easy-to-grasp pieces sells for just $6.99. He won’t make any money off it. If you order it from DonDavisMinistries.com, shipping is just $1.50, which is not even enough to cover postage, but Davis wants the message of God’s love to be shared as much as possible.

Davis also writes a weekly blog on his web site.