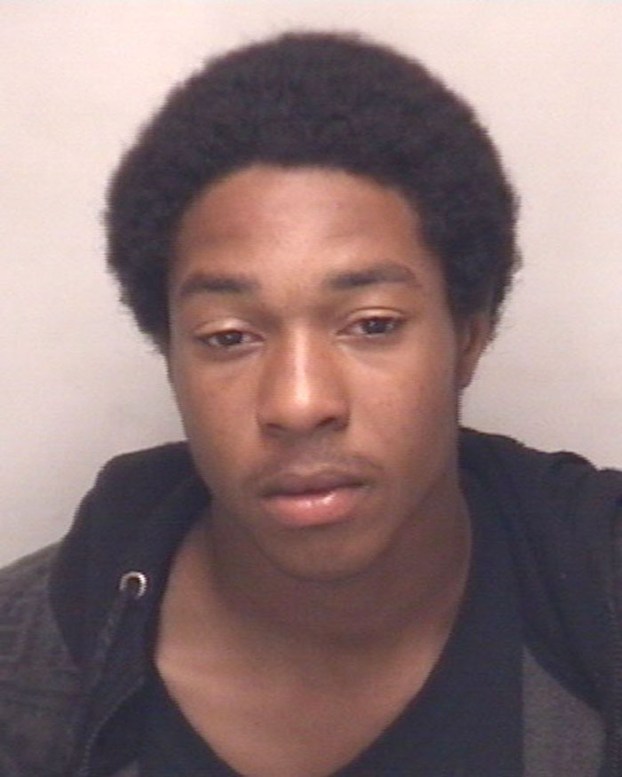 Police charge 3 teens with planning to beat, shoot homeless man and recording it SALISBURY — Police authorities say three teenagers recorded video on their cellphones as they tried to beat up a homeless man and then shot him when he fought back.

William Thomas Kennedy, 17, of the 1300 block of North Long Street, was charged with felony assault with a deadly weapon with intent to kill. He remains in the Rowan County jail under a $10,000 secured bond.

Adan Jesus Macias-Macias, 18, of the 100 block of Matthew Drive, was charged with felony assault with a deadly weapon with intent to kill. He remains in the county jail under a $10,000 secured bond.

Jameon Kentrell Sanders, 16, of the 300 block of East Torbush Drive, East Spencer, was charged with felony assault with a deadly weapon with intent to kill, felony possession of stolen goods, and misdemeanor possession of a firearm by a minor. He remains jailed under a $30,000 secured bond.

The incident occurred at 3:30 a.m. Wednesday when police got a call about gunshots fired in an area near Cannon Park at Park Avenue. Matthew MacPhee was sleeping in the park when three young men approached him, police said. One teen approached the man while the two others recorded video on their cellphones. MacPhee stood up to them, said police Capt. Shelia Lingle, shoving one of the teens who was filming.

Another teen pulled out a handgun and aimed it at MacPhee. The gun either jammed or the safety was on, but it did not fire. MacPhee ran and hid behind a tree as the teen fired the gun, missing him. The teenagers then took off near Martin Luther King Jr. Avenue and Liberty Street. Police found them in the Panera Bread parking lot.

Officers searched the area and found a gun in some bushes. The victim identified the teens, and they were arrested.

Police said the gun, a .380 caliber, was stolen earlier this month in Spencer. The victim called police on his cellphone.

By Josh Bergeron josh.bergeron@salisburypost.com SALISBURY — Roughly 20 percent of Rowan County residents could be affected by a consolidation proposal that... read more