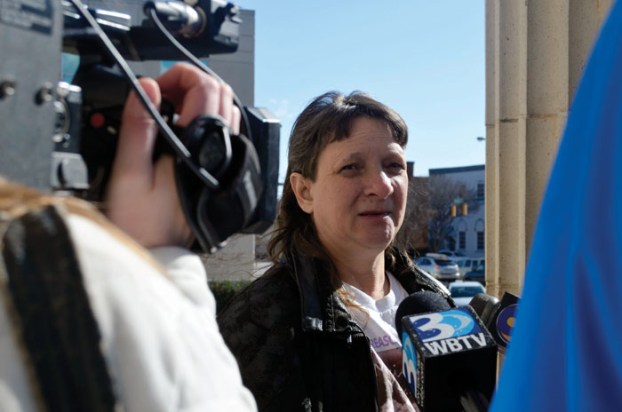 Carolyn Parsons, the biological mother of Erica Parsons, speaks with media prior to a first court appearance for Casey Parsons, who adopted Erica when she was a baby. Casey is charged with Erica's murder. Shavonne Walker/Salisbury Post

Back to face trial 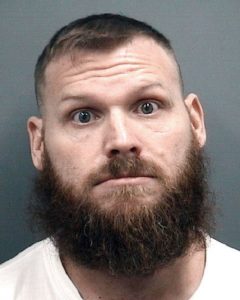 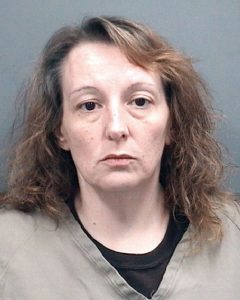 SALISBURY — Clad in a khaki Rowan County-issued jail jumpsuit, handcuffs and shackles, Casey Parsons was escorted before a Superior Court judge Wednesday evening for a first court appearance on charged she murdered her daughter.

Parsons is the adoptive mother of Erica Lynn Parsons, the Salisbury girl who was reported missing in July 2013 and whose skeletal remains were found in 2016.

Rowan County detectives traveled to a federal prison in Tallahassee, Florida, on Tuesday to bring Parsons, 43, back to Rowan County. She is charged with first-degree murder, felony child abuse with serious injury, felony obstruction of justice and felony concealment of a death.

On Wednesday, her husband, Sandy Parsons, 44,  arrived in Rowan County from a Michigan federal prison. He faces the same charges as his wife. Sandy Parsons is expected to have a first court appearance today, but the time is unclear.

Casey Parsons was only briefly in court. She told Superior Court Judge Lori Hamilton that she wants a court-appointed attorney. Hamilton, who was presiding over a breaking-and-entering trial Wednesday, held the first-appearance hearing at the end of the day.

Casey Parsons filled out forms to determine if she could qualify for a court-appointed attorney through the capital defender’s office. No attorney was selected, and no future court date was set.

Carolyn Parsons sat in court along with her daughter, Brittany Cline, as well as Casey Parsons’ son, Jamie Parsons; Teresa Goodman, Erica’s biological paternal aunt; and James and Shirley Stone, the parents of Casey Parsons. Others in the courtroom included family members and local residents who have followed the case since its inception.

Casey Parsons sat waiting in court after signing documents and for a long moment seemed to look directly at Carolyn Parsons. Carolyn and the others had waited all day for the chance to face Casey.

In an interview, Carolyn Parsons said that she, too, had been abused as a child but she said the abuse Erica endured was worse.

“Erica’s abuse was mine times 10. I hope that this haunts them for the rest of their life. I hope that they never have a minute’s peace. I hope it destroys them,” Carolyn said.

Investigators said Erica was locked in a bedroom closet and was punished if she used the bathroom inside it. She was made to eat dog food and was punched and her fingers broken.

The abuse came to light after the couple’s biological son, James “Jamie” Parsons, reported a 13-year-old Erica missing in July 2013. Initially, Jamie told investigators he had not seen his sister since November 2011. He would later testify in federal court in 2015 that he was encouraged along with his other siblings to abuse and mistreat Erica.

In 2016, Erica’s skeletal remains were found in a shallow grave in rural South Carolina, where Rowan County investigators said Sandy Parsons led them.

On Sept. 30, 2016, the N.C. Medical Examiner’s Office positively identified Erica’s remains. It would be Jan. 9 this year before an autopsy report would be released. The medical examiner determined that Erica died of homicidal violence of undetermined means.

Examiners found fractures in various stages of healing in her nose, jaw, upper right arm, scapulae (the bone connecting the upper arm and collarbone), a finger, seven ribs (some broken more than once) and left shinbone.

At least one tooth was missing, and others showed signs of being broken, the report said.

Carolyn Parsons urged the public to report any suspected abuse.

“Don’t walk away. Don’t make one phone call and think that’s going to make a difference. … You call until you get results,” she said.

“Don’t let somebody else, especially a child, be the next Erica Lynn Parsons,” Carolyn said.

She said everyone has a voice and she wants people to remember that Erica’s story and the message is that people should not walk away from suspected abuse.

Erica’s biological sister and Carolyn’s eldest daughter said she was anxious and nervous to see Casey Parsons in court.

“Growing up, she was one of my favorite aunts. I adored her, and to learn all the horrible, horrible things she did to my little sister just breaks me,” said Brittany Cline.

She said the ordeal has ripped her family apart.

When the case first came to light, Cline said she was in shock about the whole situation and didn’t know what to think.

She visited the South Carolina site where Erica’s remains were found and vowed she would see the case through to the end. Cline said she never got to spend a lot of time with Erica, but one of her fondest memories is of a time when she lived with Janet and Steve Stone.

Erica was there will a few other cousins for a sleepover, and Erica asked Cline to sing her to sleep. Erica fell asleep smiling.

“She was a very sweet kid. She was very sweet,” Cline said through tears.

She said after waiting so long to find Erica, she believed the girl was dead. She hasn’t brought herself to read the autopsy report.

“I don’t like thinking about it, everything that child went through. It just breaks my heart,” Goodman said.

“When they die, God will get revenge, and that’s when I’ll be really happy. He has a place in hell for them, and I can’t wait til they get there,” Goodman said.

Marlene Johnson guilty of 2013 murder, sentenced to life without parole