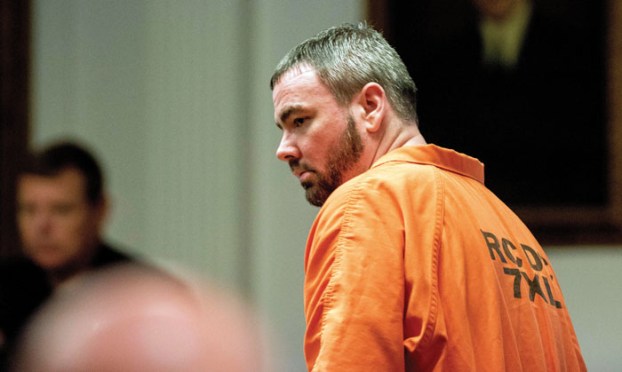 Manslaughter plea in toddler’s death does not end investigation

SALISBURY — A murder suspect has pleaded guilty to a lesser charge, but prosecutors and police are not done in their pursuit of justice for 15-month-old Malaya Faith Heun.

Judge Joseph N. Crosswhite sentenced Turner to 77 to 126 months in prison, the maximum allowed, with credit for time served since his arrest four years ago.

Alisha Nicole Carlisle, the other person charged in the death, awaits trial.

Prosecutors said the lesser charge followed the realization that the blow that killed Malaya may have come as much as 36 hours before she was found unresponsive, rather than the four to six hours initially thought. That means the pool of suspects is bigger.

“There is work left to be done,” Assistant District Attorney Paxton Butler told Crosswhite. “We intend to deal with Ms. Carlisle in the near future and anyone else who deserves to be prosecuted.”

The longer timeline is only one twist to the story.

Another is the fact that Turner, Carlisle and Malaya’s mother, Christy Moore, lied and changed the stories they told investigators, according to the other assistant D.A. in the case, Barrett Poppler.

What appears certain is that Turner and Carlisle had been living with Moore and her four children at 2508 Running Brook Drive in Kannapolis for about a month when, on Jan. 19, 2014, one of them alerted the mother that Malaya was unresponsive. Moore called 911.

Malaya was seen at a Kannapolis emergency department about 10:30 p.m. and taken to Carolinas Medical Center in Charlotte, still unresponsive. The only obvious injuries were a bump where her collar bone was broken and a bruise on her forehead.

Doctors said she also had six broken ribs, a perforated bowel and bruises to her abdomen from blunt force trauma. A clear victim of child battering syndrome, she was in septic shock.

According to prosecutors, Carlisle told police the person with her that day was Christopher Robin “Bobby” Gosnell, and that Turner hid from police. Eventually, his identity came to light, as well as the fact that he had an outstanding warrant for a probation violation.

He and Carlisle gave police varying accounts about which of them had put Malaya to bed and later in a car seat on the evening of Jan. 19 and then found her a few minutes later unresponsive, prosecutors said.

Both of them, as well as Malaya’s mother, told police the girl had been active and happy earlier in the day and had eaten Pizza Bites before the mother went to work at TJ’s Taxi, where her shift ran from 5 p.m. to 5 a.m.

They said Malaya had fallen down the stairs the week before and fell out of her high chair a few days after that. The child also got her head stuck between her bed and the wall, police were told.

According to Poppler, Turner also told police he and Carlisle put Malaya and brother C.J. into a car, picked up a friend and went to Charlotte to get heroin on the day in question. On the way back, they stopped so Turner could go into a gas station restroom and shoot up. When they got home, he injected the rest of the heroin.

A medical expert reviewed Malaya’s records and told prosecutors she died of injuries sustained just a few hours before she was found unresponsive. In June 2014, authorities charged the only adults with her during that time, Turner and Carlisle, with first-degree murder.

As prosecutors prepared for trial a few weeks ago, though, the surgeon who operated on Malaya told them he’d found extensive dead tissue in her abdomen. That meant she would have suffered the blunt force trauma 24 to 36 hours earlier than first thought. In that period of time, prosecutor Butler said, an untold number of people had contact with Malaya, including her mother and the man who accompanied Turner and Carlisle on the drug deal.

That also meant there was no way the child was OK and munching on snacks earlier in the day. “She would not have been able to eat. She would have been in great pain,” Butler said.

Confronted with this evidence, Malaya’s mother said the child was not fine when she went to work, prosecutors said. She’d heard days earlier that Malaya had fallen down the steps; the child’s arm was tender and she was moping around. But the mother did not take Malaya to a doctor because she was afraid the Department of Social Services would take her children.

The felony child abuse charges to which Turner pleaded guilty stem from the two falls — one when Malaya, playing unattended, fell down a flight of stairs and broke her collarbone, and one when she fell out of a high chair while not properly secured and broke several ribs.

Jennifer Hyatt, lead investigator in the case from the Kannapolis Police Department, told the judge the entire department carried the burden of seeking justice for Malaya. “She couldn’t tell us the story of what happened,” Hyatt said.

She said the district attorney’s office went above and beyond in the case. At the judge’s questioning, Hyatt said she believes the plea arrangement with Turner was appropriate.

In all, five Kannapolis officers attended the hearing. Chief Woody Chavis said they had put thousands of hours into the case, which he said was one of the worst child abuse cases he had seen.

As for justice for Malaya, Chavis said, “We’ll take what we can get.”

Malaya’s father, Jamie Heun, told the court a day doesn’t go by that he doesn’t think of Malaya’s smile and laughter. He can never hold her or kiss her good night again, he said — that was all taken away by the people he trusted to care for her.

“This is the worst feeling a father could have,” he said.

The judge said it is hard to imagine the pain Malaya had to go through. “This is a really sad situation,” Crosswhite said.

Turner, who was represented by Alec Carpenter of Greensboro, once smiled briefly at family members as they seated themselves in the courtroom, but he declined to make a statement during the hearing and showed no emotion.

SALISBURY — A man charged with first-degree murder in the 2014 death of 15-month-old Malaya Heun of Kannapolis pleaded guilty... read more