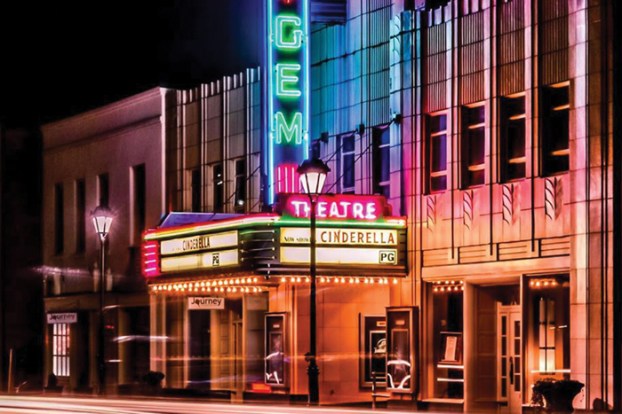 Submitted - Kannpolis officials are seeking public input on the future of the historic Gem Theatre.

KANNAPOLIS – What draws you to Kannapolis’ Gem Theatre? Is it the affordable prices, the family-friendly content or memories from a childhood filled with visits to the single-screen theater?

Officials from the city of Kannapolis would like to know.

City planners are seeking opinions on the site as they begin works with Clearscapes, a Raleigh-based architectural firm that specializes in historical preservation and renovation of theaters and performing arts centers.

The city began engaging with the company earlier this year as it looked toward renovating the space and incorporating ADA-accessible restrooms.

The hope is to use the renovation and planning to develop a conceptual master plan for the theater and its potential for evolution over the long term.

“It is our intention to preserve and enhance the Gem Theatre property and programming,” said Kannapolis Mayor Darrell Hinnant. “This is one of our most significant historical landmarks and our goal is to ensure it remains an integral part of our new downtown.”

From now until Oct. 1, Gem Theatre patrons are invited to participate in an online survey about the site. Questions address not only its current appeal, but the possibility for expanded use in the future: concerts, plays and children’s programming such as summer camps.

The survey is available at https://www.surveymonkey.com/r/gemtheatreplan.

The Gem Theatre opened in Kannapolis in December of 1936, and it is one of the oldest single-screen movie theaters with balcony seating in the United States. The Kannapolis City Council voted to purchase the property in 2015 as part of its downtown revitalization efforts.

Since its opening, the theater has hosted variety of performances including Roy Rogers, Little Jimmy Dickens of the Grand Ole Opry and the Avett Brothers. Admission and concession prices are reminiscent of the past and remain affordable allowing families to enjoy first-run movies annually.

These and other special events could return as planners use survey input to develop the theater’s master plan.

“I am pleased that we are master planning for the theatre,” said Gem Theatre manager and owner Steve Morris. “It has been a vital part of the city’s culture for 82 years and we want to see it continue to be a vibrant feature of downtown Kannapolis.”

By Liz Moomey liz.moomey@salisburypost.com SALISBURY — Brooklynne Witherspoon is 10 years old, an older sister and on a dance team. She... read more