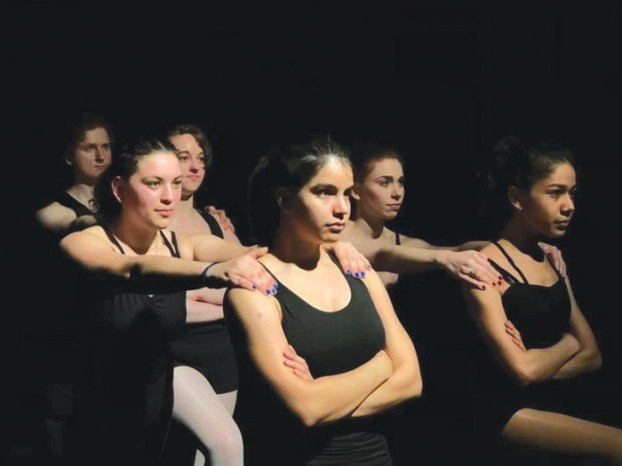 The Catawba College Dance Ensemble is stepping out of the dance studio and into the streets with the 7:30 p.m. production April 25 and 26 of the “Spring Dance Concert 2019: A Tribute to the Music of Seal.”

In this collaboration of dance offered in Florence Busby Corriher Theatre on campus, the works of student choreographers and dancers will be celebrated along with featured pieces from Catawba faculty dance instructors Tod Kubo and Amanda Diorio.

While the Catawba College Dance Ensemble has been known to collaborate with mainstage productions in the past, including “Alice in Wonderland” and both installments of “The Outrageous Dance Project with Ballet Pensacola,” “A Tribute to the Music of Seal” will be the first in what Catawba hopes to be a series of student choreographed works, and the first dance concert to highlight the works of a single artist.

When deciding which artist to reference as a basis for the production, Seal seemed to be the perfect for the vision of director Tod Kubo who said, “Seal’s music has constantly been a voice of reason during good and bad times. All of his music acts as a reminder of what is good in our world and reminds us that we can overcome anything.”

Featured in the Dance Ensemble alongside the student choreographers are Taylor Kroop of Boynton Beach, Fla.; Gracie Rodriguez of Greensboro; Trey Germano of Salisbury; Caroline Kirk of Ipswich, Mass.; and Matthew Windsor of Mooresville.

Guest artists for the concert include Krissey Browder of Wilkesboro; John Woodson, and Jay Woodson.

The Catawba College Dance Ensemble’s “Spring Dance Concert 2019: A Tribute to the Music of Seal” will be presented on Thursday, April 25, and Friday, April 26 in the Florence Busby Corriher Theatre. Admission is free, but donations are encouraged at the door.