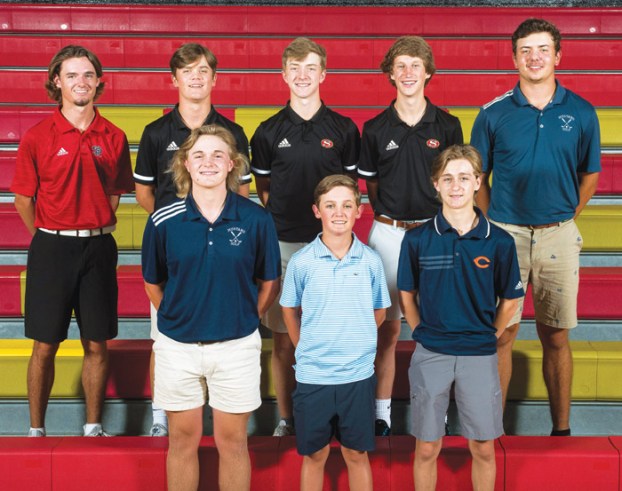 All-County Golf: ER’s Patterson is Player of the Year 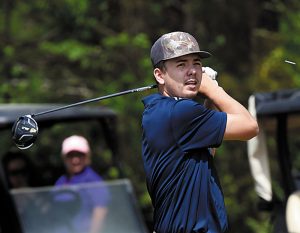 Wayne Hinshaw file photo/for the Salisbury Post … East Rowan’s Colby Patterson tees off during action from the Rowan County Championship on April 11. Patterson, who went on to finish fifth in the state 3A tournament, is The Post’s All-County Player of the Year.

SALISBURY — The list of outstanding golfers at East Rowan in the past decade is long and impressive, most recently with superstars like Logan Shuping, Nick Lyerly and Bryson Sprinkle.

So now meet Colby Patterson, just a sophomore, who put together a stellar season to lay claim to Rowan County Golfer of the Year honors for 2019.

Veteran Mustangs’ golf coach Rhett Teems has glowing praise for Patterson, even to the point of offering comparisons to the amazing Lyerly, now a star at UNC Greensboro.

“Colby is not as consistent as Nick, he has got game,” says Teems. “He is physically bigger, drives it straight and long, has a good short game and he putts great. He shows he is getting better and better each year and is very level-headed.”

Patterson has a long way to go to match the bevy of championships and trophies Lyerly amassed during his prep years, including an individual state 3A championship and the N.C. Amateur title, but he has the same high ambitions.

“I have two more years and I would like to try to win a state championship and get an offer to a D-1 program,” Patterson said. “There have been a lot great golfers from East. It is a great legacy and I want to be included in that group.”

Winning county golfer of the year in his second varsity season is a good start. He broke onto the local golf scene as a freshman by making the all-county and all-conference teams.

Patterson’s 76 in the 2018 3A regional boosted the Mustangs into the state tournament.  This past season, he took his game to a higher level as he capped the year with a 70 in the Regional (second place), earning an individual spot in the state tournament. Patterson turned in outstanding rounds of 76 and 73, carding a 139 total, and securing a fifth-place tie in the state.

“I was a lot more nervous at states this year because we didn’t go as a team,” Patterson said. “I was kind of playing for myself, rather than as part of a team, but I had something to shoot for. I think playing good all season just gave me a good mental attitude for the state tournament.”

Patterson and teammate Alex Miller led the undefeated Mustangs to their fifth straight North Piedmont Conference title in 2019. He earned NPC Player of the Year honors as well, with an overall stroke total that was eight shots better than the runner-up.

“The highs and lows of the game do not faze him,” Teems noted. “He is able to put bad shots out of his mind and keep playing.”

Patterson confirms that he tries to always stay on an even keel on the golf course. “One thing I am good about is not fooling around, out on the course,” he said. “I play one step at a time and don’t let bad things affect me.”

With all of his success so far as a varsity golfer, Patterson does admit he is not as intense on the course as he needs to be. “I am not a highly competitive golfer, but that is something I want to work on and become more competitive.”

Patterson is the son of Thomas and Tracy Patterson of Salisbury, and when he is not out hunting and fishing with his family he spends the majority of his time on the golf courses at Corbin Hills and McCanless. He plans to play in a number of tournaments this summer but also notes he tries to play somewhere everyday “… regardless of rain, heat, snow or whatever,” he said. “Actually, my favorite time to play is when it is really cold.”

There were several other top high school golfers in consideration for Golfer of the Year honors, including teammates Alex and Austin Miller, Salisbury’s Hank Robins and South Rowan’s Andrew Coward and Andrew Jackson. Coward was medalist in the county tournament in April.

But it was Patterson who rose above the rest with his strong, consistent game all season and his strong finish in the state 3A tournament.

“It is a good self-achievement,” Patterson said, of being named The Post’s Player of the Year for boys golf. “It means a lot and is something I have always wanted to do.”

With two more seasons to come and as his game continues to improve, there are likely many more accolades coming his way.