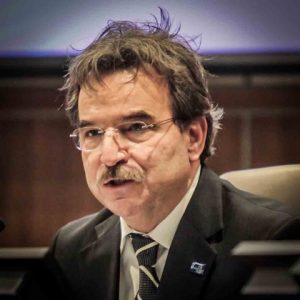 KANNAPOLIS — A former councilman and current candidate for the city’s governing board will be the subject of an election hearing in Concord on Monday — one day before Election Day.

The address at which Jackson is registered to vote is an apartment at 201 S. Ridge Ave. in Kannapolis. A woman named Oddy Crist, who lives on nearby East D Street, has questioned the validity of Jackson living at that address as he runs for City Council. Crist wrote on her complaint that she believes Jackson’s main residence is 609 Waters Road in Rowan County.

Crist said some of her friends lived in the apartments at 201 S. Ridge Ave. before they built a home. It was bought by Atlantic American Properties, which still owns it, and remodeled in 2017. Crist says she hasn’t seen any new residents since her friends left and the restoration.

Crist asks that Jackson be declared ineligible to run for Kannapolis City Council.

“It’s subjective and relies on the intent of the voter,” Soles said.

And for municipal elections, there’s no advance residency requirement. That is, a candidate for municipal office doesn’t need to live at an address for a specified period of time before filing.

Jackson, who owns Lee Clothing Warehouse in Kannapolis and served on the City Council from 2013 to 2017, declined Wednesday to comment about the upcoming hearing. Jackson said he would speak during the hearing.

Rowan County tax records also show Jackson owns a house at 690 Waters Road, and the deed granting Jackson ownership of land in the subdivision called Waters Edge dates back to the late 1980s.