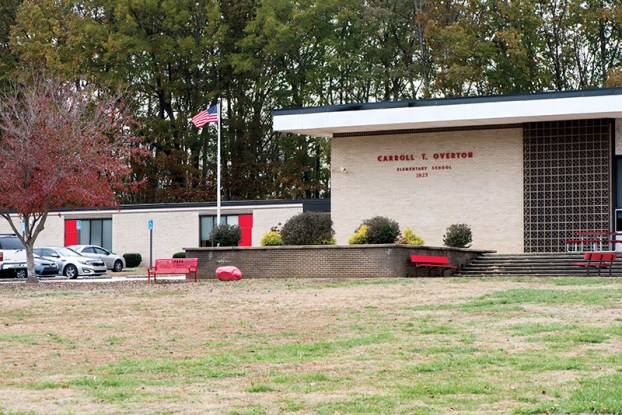 School board to discuss future of Knox-Overton Monday

SALISBURY — Discussions about the future of Knox Middle and Overton Elementary schools will continue on Monday.

Discussion is listed as an agenda item for the 4 p.m. meeting of the Rowan-Salisbury School Board at the Wallace Educational Forum, 500 N Main St. Discussion about the future of both schools became controversial last year, when the board approved a plan to renovate Knox and moved forward with a plan to shutter Overton in conjunction with that plan. Community opposition has forced a pause in renovation and closure talks.

Board Chair Kevin Jones said no one disputes Knox facilities are in disrepair, and the idea to move Knox students into Overton was an initial one.

The district is dealing with a space and empty seats as its student population declines. The more students a district has, the more faculty, staff, facilities and equipment it needs. When student populations decline, however, districts lose funding the state provides. Meanwhile, each building has utility, upkeep and administration costs that do not decrease with the student population.

Another idea the district has explored involved creating a new K-8 school near Knox and Overton that would be able to house the student populations from both in one facility.

Jones said the issue was placed on the agenda so the board can re-engage in the conversation, which he said was put on hold for the holidays. Jones said he hopes discussion will give administrators direction, adding that a priority for the board has been to improve the conditions at Knox.

The meeting Monday is a work session and Superintendent Lynn Moody said Knox-Overton discussion is not an action item on the agenda. Moody said she would be surprised if action was taken on the issue at the meeting.

Other items on the agenda include:

• RSS is approaching the end of its second lease on devices for its 1:1 technology program, which provides each student with a device.

It has been in place for about six years, with two lease durations of three years apiece.

Moody said it is time for the district to begin talking about the devices, and it is possible the district could do something different. Products change over time and all of the district’s current devices are Apple products.

David Blattner, chief technology officer, is set to give a presentation.

The project has been funded through matching grants and private donations. ADW Architects was selected to design the project, which includes a 2,300-square-foot fitness room, new entrance and renovation of a space to be used as a trainers room. ADW’s cost for design and administration is $92,050. That figure does not represent the construction cost or total cost of the project.

The board has approved $6.5 million for HVAC projects, and six of the projects have a cost greater than $90,000, which requires board approval.

The cost of the projects at the six schools are:

County plans to transfer water line to city of Salisbury