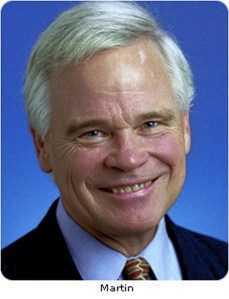 “I don’t think the U.S. should be in the business of assassinating foreign leaders.”

This was not me talking about last week’s controversial take-out by the U.S. of Iranian General Qassem Soleimani. It was me talking to a U.S. Army intelligence officer back in 1964 when I was a green second lieutenant at Fort Bragg on a temporary assignment at the G-2 (intelligence) office at the Special Warfare Center.

A seasoned officer in our group, a major, had outlined the need and the appropriateness of plans to assassinate Fidel Castro.

I was still reeling from the assassination of John F. Kennedy and wondering if some foreign operative, Soviet or Cuban perhaps, had been behind Lee Harvey Oswald’s cowardly act. I argued that our government should have nothing to do with such corrupt activity.

“How naïve,” the major said. “It’s what we do.” He proudly outlined the training and capability of our fellow intelligence and special warfare soldiers to take on such assignments.

He explained that eliminating the enemy’s leadership is just as important as killing its soldiers on the battlefield, destroying its bases, crippling its supply lines, and diminishing its will to resist through psychological operations.

I did not give up and pointed out that we were not at war with Cuba. I asked him if we, the U.S., should be trying to kill a foreign leader we did not like even though we were not engaged in armed conflict.

He did not budge: “Cuba is our enemy. They are in an undeclared war with us, and Castro is making it happen.”

I was about to argue that efforts to assassinate leaders of other countries would likely have unintended consequences and set off activities that would be dangerous and counterproductive.

Then I remembered that this major would be evaluating me. If he thought I was not tough enough, he would give me a bad rating, something I did not need. So I backed away and said something like, “You’re probably right. Thanks for setting me straight.”

Meanwhile, U.S. attempts on Castro’s life were continuing, using poisoned and exploding cigars, syringes with toxins concealed in ballpoint pens, and partnership with the Mafia. All were failures and embarrassments for the U.S. Ironically, President Kennedy had approved such attempts, leaving us always to wonder if Oswald’s actions were prompted somehow by a revenge-minded Castro.

Of course, there are successful and necessary assassinations, such as taking out Osama bin Laden in 2011 and Abu Bakr al-Baghdadi last year. Because they were the leaders of terror networks that were declared enemies of the U.S., it would be hard to argue that their eliminations were not justified and necessary.

What, then, would my colleague, the Fort Bragg major, say about the U.S. killing of Iranian Gen. Qassem Soleimani earlier this month? I have no doubt that he would have declared it an unambiguous success. He would point out that Soleimani was responsible for the deaths of many U.S. and allied troops. Although he was an official of a recognized nation, Iran, his work in terrorism put him in the category of bin Laden.

And what would the former lieutenant say? He would be careful, knowing that not only the major would grade him, but also you and his other readers, if he were not tough enough. But I am still cautious about assassination warfare. There will always be unintended and unplanned consequences that may outweigh the gains from eliminating a very bad operator.

The loss of the Ukrainian airliner may be the first from the Soleimani operation.

Even with the major listening in, this former lieutenant would argue that an assassination of a foreign leader should be authorized only rarely, in exceptional circumstances, and after careful and deliberate consideration of the alternatives and the consequences.

When the Rowan County Board of Commissioners voted on the crucial issue of a Second Amendment Resolution, I misspoke. My... read more