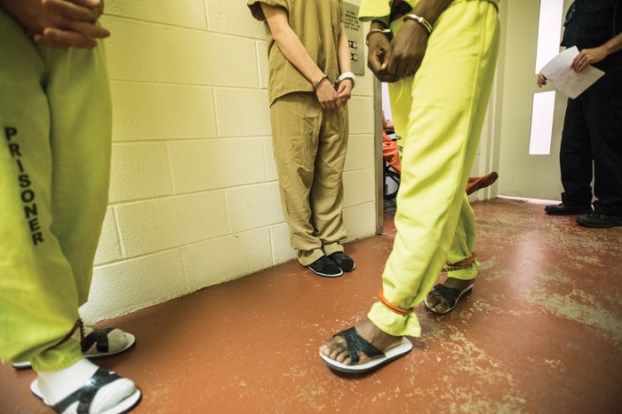 Editorial: Capacity issue not only present in Rowan County jail

Some counties in North Carolina don’t have a jail, instead contracting with others for space. There’s a problem, however, when the number of inmates exceed maximum capacity in counties that have jails.

Such is the case lately in Rowan County, where state inspectors have forced the Rowan County Sheriff’s Office to find bed space elsewhere because it was over capacity. In a jail that officially has a capacity of 368, Sheriff Kevin Auten says the facility this month hit 402 inmates. A story by Post reporter Shavonne Walker published Friday (“Deal with Cabarrus County meant to ease jail crowding”) reported that a state inspector initially told Auten to find space elsewhere for 30 inmates and appears to have settled for half of that.

It’s not unusual in the state, or even the nation, that the county’s jail is over capacity. In Davidson County, the Lexington Dispatch reported last year the sheriff’s office received a letter saying the jail’s number of inmates was reaching levels that “jeopardize the health, safety and welfare of inmates and staff.” As a result, Rowan County set aside 15 beds at its jail for Davidson County.

Data compiled by the N.C. School of Government in January show that a number of jails had an average occupancy that was  over capacity in 2018. Davidson County was one of them, and it’s planning to build a new jail. Others over capacity included: Carteret, Chowan, Franklin, Gaston, Halifax, Iredell, Jackson, Johnston, Macon, McDowell, Pamlico, Polk, Randolph, Richmond, Scotland, Surry, Vance and Warren counties.

Is the problem simply that those counties need to build bigger jails? Following the recent state order, should Rowan do the same? Probably not.

Less than 10 years ago, the county built its jail annex after sending prisoners to Sampson County, more than 170 miles away. At the time, Auten told the Post the jail was full, with just 208 total beds, and between 250 and 270 inmates.

Last year, the average was about 100 inmates more than that.

Auten told the Post the most recent capacity issue stems from the fact that superior court was in session and inmates who had cases here had been transferred from other agencies.

But the Rowan County Jail still has averaged more occupants in recent years than when the jail annex was built. So, any overcrowding issues locally also relate to the fact that more people, many of whom are charged with drug-related offenses, are finding themselves in jail.

The problem, though, is multi-faceted.

The solution is, too. It must involve, among many other things, sentencing reform, employers training and hiring ex-offenders and treatment programs for addicts. Judges, judicial officials and lawmakers must continually consider whether there’s a need for changes in bond rules, too.

Adding local capacity for more inmates, however, must not be part of a solution.

Quotes of the week: ‘Stand with the people’

“The best is yet to come.” — Matt Millward, general manager of the Kannapolis Cannon Ballers who was speaking Wednesday... read more