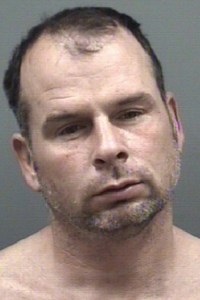 CHINA GROVE — A 20-year-old man called 911 to report he had been assaulted by his father Tuesday night.

Kevin Anthony Head, 43, was charged with assault with a deadly weapon.

Deputies arrived to Pauline Court in China Grove and met with the victim, who was sitting in his vehicle. The victim said his father had attacked him with a knife. He told Rowan County sheriff’s deputies that Head had a drinking problem and was intoxicated.

According to the arrest report, the son said his father grabbed a kitchen knife and held it to his throat, threatening him.

The son was able to wrestle the knife away from Head. Head began kicking the victim in the stomach. The report said Head continued be combative.

The victim was able to get away and called 911.

The report said the victim had a large scrape on his neck and a laceration to his ear. The victim also kept holding his stomach like he was in pain. EMS responded to check if the victim’s ribs were broken.

The deputies went to the home to locate Head. They knocked several times and he finally came to the door. They gave Head a number of commands to step out of the home. Deputies had to physically constrain him, according to Rowan Sheriff’s Capt. John Sifford.

Head was also charged with resisting a public officer.

He remains at Rowan County Detention Center under a $2,500 bond.

Editor’s note: This story was updated at 9:24 p.m. on Feb. 13 to correct the headline and lead sentence of the article to reflect the fact that Head was assaulted with a knife. We apologize for the errors.