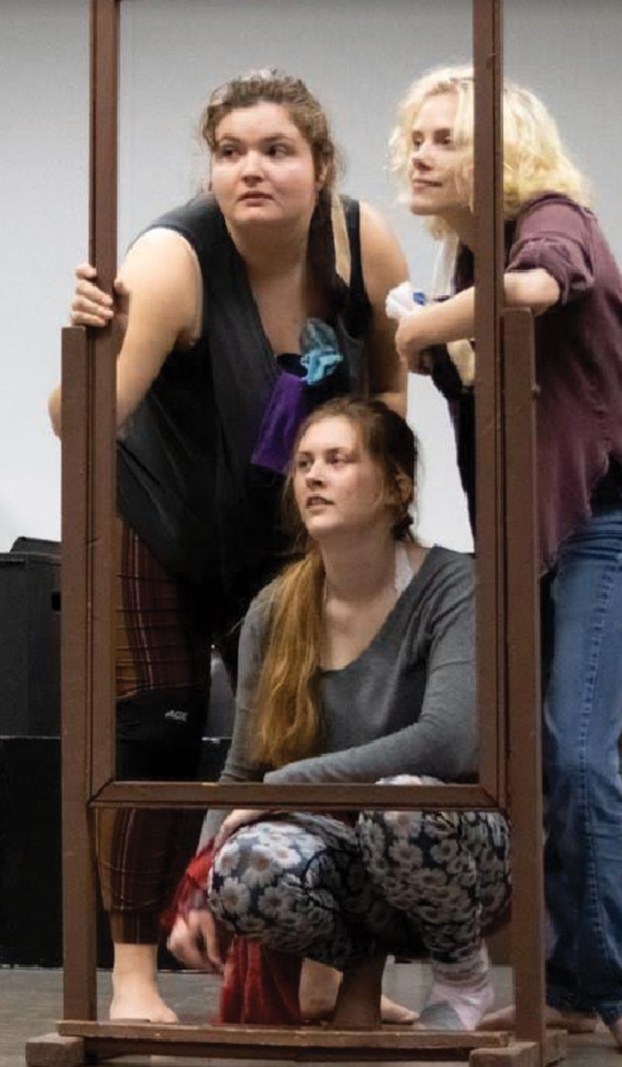 Photo by Krissey Browder. Catawba students Madison Dolchan, left, Nunna Noe, right, and Miranda Sibbett star in the production of ‘The Space Between.’

Fairy tales come to life in Catawba’s ‘The Space Between’

Fairy tales come to life, and things are not always as they seem in “The Space Between,” a coming-of-age story that deals in nostalgia and collective mythology as its currency.
A fully original work created by Catawba College Theatre Arts students who call themselves EEK (Eclectic Ensemble [K]ompany), “The Space Between” takes its audience on a journey that is all at once familiar and extraordinary.

This world premiere ensemble piece follows the story of a young girl as she navigates the transition from childhood to adulthood.
Created through a devising process that began as part of a Catawba College collaboration class last spring, the cast has developed the production from the ground up, under the guidance of Professor Beth Homan. 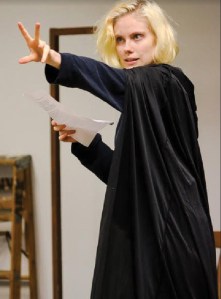 Photo by Krissey Browder.
Nunna Noe as the Witch in ‘The Space Between.’

Part of the End of WWII: Victory 45! series of events The Rowan Museum and Rowan Public Library have allied... read more