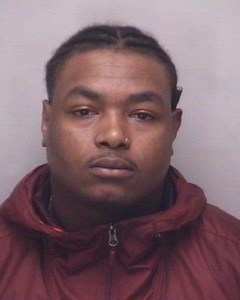 SALISBURY — A local man has been charged with cocaine and ecstasy possession months after a 2019 traffic stop where police seized the drugs, according to a Salisbury police report.

The original traffic stop occurred on Aug. 24, 2019, near Bringle Ferry Road. The police officer was behind a Chevrolet Cruze and discovered the license plate was revoked and an order to seize it had been issued. The driver’s license was also suspended, said detective Russ DeSantis.

The driver pulled into a driveway on Bringle Ferry Road and an officer approached the vehicle. When the officer discovered Coney was driving with a revoked license, he requested another officer to the scene. Coney was searched outside of the vehicle and found to be in possession of pills believed to be ecstasy, DeSantis said.

The officer noted in his report there was an odor of marijuana coming from the vehicle. The driver and passenger admitted to smoking marijuana earlier, but none was found after searching the vehicle.

According to a department report, Coney admitted the pills were ecstasy and the other substance was cocaine. Police allegedly confiscated 2.4 grams of ecstasy and .02 grams of cocaine, DeSantis said.

By Shavonne Walker shavonne.walker@salisburypost.com SALISBURY — After a week of rain and storms throughout the county, some of which sparked... read more