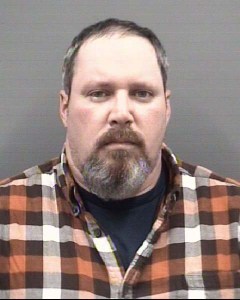 CHINA GROVE — A China Grove man faces felony sex offense charges related to child pornography after his home was searched as part of his probation conditions, according to the Rowan County Sheriff’s Office.

Brian Warren Cress, 44, of the 300 block of Lentz Road, was charged Friday with 10 counts of third-degree sexual exploitation of a minor and three counts of probation violation.

Cress’ arrest comes as a result of a search of his residence that was conducted by Rowan County Sheriff’s detectives and officers with the N.C. State Probation and Parole Office that occurred on Jan. 23, said Capt. John Sifford.

The search was part of the conditions of Cress’s probation. During the search, electronic devices that contained images of child pornography were discovered. The devices were seized and a forensic search was completed on the devices, Sifford said.

The evidence led to the new charges. In April, Cress was charged with similar offenses after he was found with pornographic images of minor children engaged in sexual activity.

By Shavonne Walker shavonne.walker@salisburypost.com SALISBURY — A local man has been charged with cocaine and ecstasy possession months after a... read more