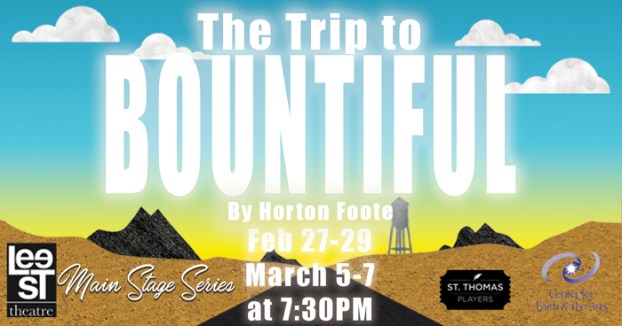 Opens tonight at Lee Street theatre: ‘The Trip to Bountiful’

This family-friendly favorite tells the story of Carrie Watts, who longs to escape the apartment where she lives with her protective son and authoritarian daughter-in-law. She wants to return to her beloved hometown of Bountiful, Texas, one final time before she dies.

Carrie escapes to the bus station and befriends a young woman named Thelma and they travel toward Bountiful together.
The cast includes Linda Jones as Carrie, Chris Eller as Ludie, Jennifer Hubbard as Jessie Mae, Jess Johnson as Thelma, plus Steve Cobb, Kurt Corriher and Bob Paolino.

Save the date: PPT to present the farcical fun of ‘Rumors’