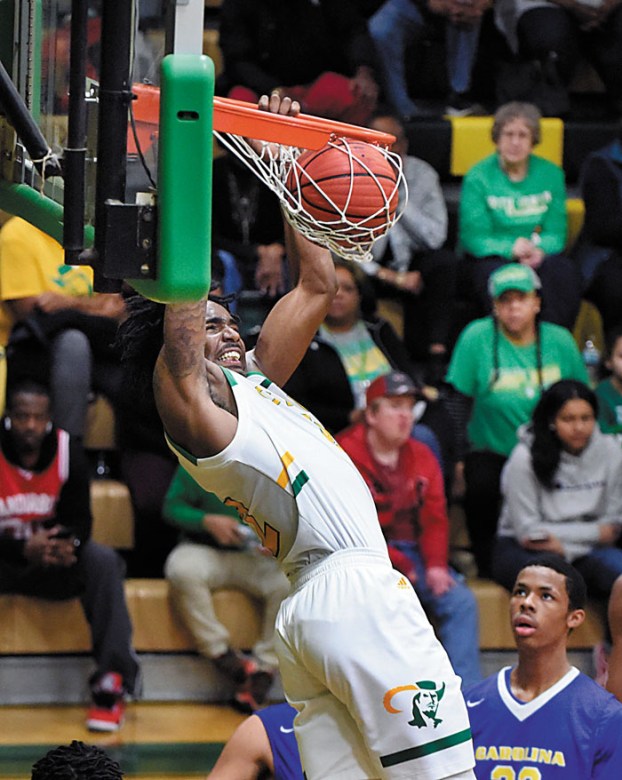 SALISBURY — Caldwell Community College and Technical Institute is more than a mouthful, so most refer to the school in Hudson, N.C., simply as CCC&TI.

People go there to acquire a variety of skills. They can learn how to work on refrigerators, air conditioners and fingernails or they can become accountants or managers of  businesses and hotels.

Cooke was the Rowan County Player of the Year for the 2018-19 season when North put together a 21-game winning streak and reached the 1A state semifinals under the direction of coach Jason Causby. With a quick first step and a nose for the ball, Cooke shot 60 percent as a senior on 2-point field goals. He averaged 17.2 points and 11 rebounds for a 28-3 team that went 16-0 in the Yadkin Valley Conference.

Cooke played this past season for a post-graduate team — Believe Sports Academy in Rock Hill, S.C. It was basically an extra year of high school basketball against tougher competition, a transition year for Cooke between high school and college. He says he made the most of it.

“It was a good experience,” Cooke said. “I had a pretty decent year and I got ready for the college level. I probably needed that extra year more than I realized. I know I’m a lot more ready now for college competition than I would’ve been a year ago.”

Cooke was a team captain. Believe Sports Academy coaches stated on social media that Cooke “played with passion, was coachable, was a great teammate with versatility on the defensive end, and was a leader all season long.”

All of that sounds exactly like what Cooke did for North. He was an efficient offensive player in high school, a slasher and impressive dunker, but he was probably better defensively than offensively, a serious factor in the uptempo, pressing, trapping game. He’s brings some passion to defense and is rangy and long. He plays taller than his height.

Cooke had hoped to use the post-graduate season to helped make the offensive transition from forward to guard, but that opportunity didn’t really materialize.

“We didn’t have a lot of posts, so I played mostly inside,” Cooke said. “But I did work on my shooting and ball-handling every day. I improved in those areas.”

He says he also got stronger in the past year, naturally and through the weight room.

“People said I was skinny in high school, but I’ve added 10 pounds of muscle,” Cooke said.

Work ethic has always been a strength for Cooke. No one — except maybe Cooke — saw him becoming the high school player that he did when he was in the ninth grade.

He was mostly a jayvee as a freshman. He scored a modest 5.1 points per game as a sophomore, on a team led by Joe Scott and Henderson Lentz.

After his sophomore year, he had about a 1 percent chance of scoring 1,000 for his career, but he got there. He scored 534 as a senior.

The big jump came his junior year when he was North’s leading scorer and was second team all-county. He just kept gettting better from there.

There was a home game in Cooke’s senior season when he scored 38 points, the most by a Cavalier in a single night since 1990. That game told a lot of Cooke’s story. Few had a clue that he had 38 points until it was over because he wasn’t burying 3-pointers. He was just running the floor for transition layups and dunks and getting stick-backs. He got 38 entirely in the flow of the game.

“He’s a tremendous young man, a good student, and it’s just a matter of him finding the right fit for a college program,” Causby said.

Several junior colleges were interested in signing Cooke, but CCC&TI is where he felt most at home. Former South Rowan star Carlos Dixon is a Student Success Coach for minority males at CCC&TI.

Cooke’s goal is still to be a Division I player in two years. He has a chance. Worst case, he should emerge from CCC&TI as a guy with D-II offers.

“I’m thankful for the coaches who worked to find a school for me and I’m thankful to have a family that has supported me through everything,” Cooke said. “Now it’s time to make my family proud.”