Tamara Sheffield: Some public comments Tuesday were out of order 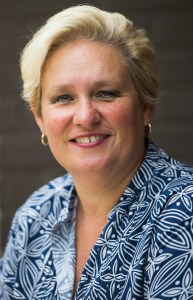 Editor’s note: The following is an edited version of an email that Councilwoman Tamara Sheffield sent to other council members and city officials last week about public comments that directly attacked Mayor Pro Tem Al Heggins. Sheffield said she wanted it shared so others know what council members endure.

I hope everyone has had a chance to rest after our meeting on Tuesday. While all decisions we make impact all of our citizens and are important, Tuesday’s meeting for me showed the true meaning of how our leadership together can truly make Salisbury a City for ALL. So, I want to personally thank each of you for your leadership.

During the meeting, I did find many of the comments unsettling and out of order. While hearing attacks on one of us, Al Heggins, I began to realize we should have felt these were attacks on all of us. I therefore looked up our rules of procedure that are in place today to see exactly what were the rules.

As we continued the meeting, there were several violations of the two listed below:

• Speakers will be courteous in their language and presentation. Personal attacks will not be tolerated and will be deemed out of order.

I have sat in that council chamber or behind the dais since 2013. Many times, I have seen the mayor(s) and, at times, even other council members call citizens to order. I believe several times this would have occurred if we had been in chambers and these would have been face to face comments. Since we are operating under COVID-19 circumstances, we have ensured that we value public comment and have given several ways to ensure a voice and freedom of speech. Mayor Karen Alexander can attest; I was her harshest critic years ago when public comment was under review.

I saw Karen endure similar attacks. However, I wasn’t on council. The personal attacks are a violation of the rules of procedure. I encourage citizen opinions, but keep it to the topic and not off topic with attacks on people.

I believe we can all agree these two rules of procedures were violated multiple times Tuesday since they were letters and we couldn’t exactly call City Clerk Kelly Baker to order. As long as we continue to work in a virtual setting, I believe that we should still enact our rules of procedure for public comment. I suggest that since the mayor has the responsibility of running our meetings and power of the gavel, Karen, you should be able to refuse or partially read these letters. I further suggest that Kelly being our city clerk vet these letters before being read and bring these to the mayor. I am by no means limiting citizens opinions!

City Attorney Graham Corriher: what suggestions do you have? We need to ensure full access for citizens while maintaining our rules of procedure. Also, should we consider who can speak? I realize that input we need falls outside of the city as we need not work in a vacuum but should we consider limiting geography?

While many of us have had citizens direct comments towards us, the vitriol and hate that we allowed Tuesday should have never occurred. I believe under normal circumstance all of us would have intervened. However, given the virtual world, it happened.

I respect each of your opinions on this matter; perhaps we can have this as a discussion at the next council meeting.

I have pretty much kept quiet about what’s going on. I’ve kept my opinions to myself. Now I am speaking... read more