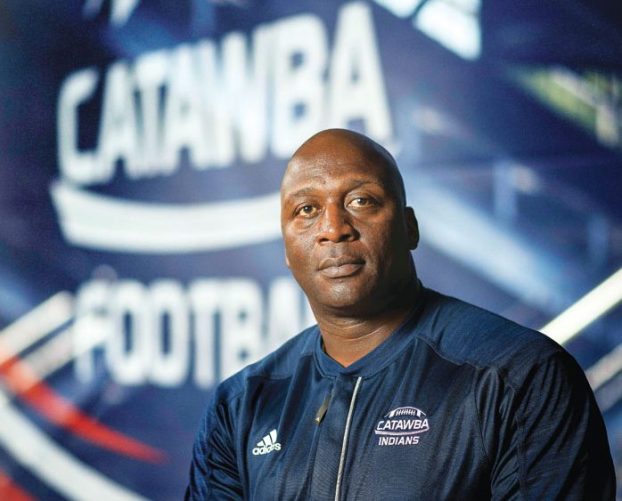 Whether football actually will take place on that field inside historic Shuford Stadium this fall remains to be seen.

It’s not a hard no or a sure yes at this point. It’s still a maybe.

The SAC provided a target date. There will be no competition prior to Sept. 26, but there could conceivably be competition on that date. That’s the date when SAC football conference games are slated to start.

“This was a very difficult decision, but one we feel has the best interest of our student-athletes, coaches, administrators and fans in mind,” SAC commissioner Patrick Brintz said in a statement. “We all understand the desire everyone has to get back out there and play games, but the health and safety of our student-athletes takes precedence over playing at this time. It is our responsibility to ensure their safety above all else. While this does not guarantee our fall sports will be able to compete during their traditional season, a delayed start gives us the best chance to continue to monitor the situation.”

“Never in my wildest dreams did I think something so near and dear to my heart as football could be taken away ,” Walker said. “We had two days of spring practice in March   COVID-19 shut us down and that’s the last football we’ve had.  We’ve been able to recruit and we’ve worked on a lot X’s and O’s, but we haven’t  been outside for a long time. But now I’m hopeful, very hopeful, that my cabin fever is just about over with.”

Walker views the Sept. 26 target date — Catawba is scheduled to play at rival Wingate on that day— as a positive, not a setback.

“We’ve got a date now and we’ve still got a chance to play the bulk of our season,” Walker said. “Our home season is still pretty much intact.”

Catawba’s football game at Alderson-Broaddus, which would’ve been an overnight trip to West Virginia, has been off the table for a while.

Catawba was scheduled for a road non-conference game against Erkine on Sept. 5.  That was supposed to be the first football game for Erskine since 1951.

Catawba was scheduled to take on the fledgling Barton program, coached by former Catawba head coach Chip Hester, at home on Sept. 12. Barton isn’t in the SAC, but the Bulldogs have an agreement with the SAC and are essentially a SAC team for scheduling purposes, so maybe that game will be postponed, not canceled. As of Saturday, Barton was listing the game as “postponed.”

Walker has derived most of his summer joy from the athletic accomplishments of his children.

Salisbury High phenom Jalon Walker, the coach’s older son, continues to move up the list of the nation’s top linebacker prospects and added to his long list of offers in recent days when he heard from Tennessee and Notre Dame.

Deuce Walker will be a freshman at Salisbury High, and while he’s getting some workouts in for the football Hornets as a wide receiver/DB, it looks like basketball will be his main sport. He’s played summer games for the Phenoms hoops program and has done well.

Teams will allowed to begin preseason practice for fall sports, under strict NCAA guidelines, and provided “health and safety conditions allow these activities.”

Catawba players are scheduled to arrive on campus on Aug. 6 and 7. Walker is excited about that.

“We’ve had contact with our young men via Zoom, so we’ve been able to see their faces,” Walker said. “But we’re looking forward to actually being able to touch them and coach them. It’s going to take them some time to get acclimated to some new ways of doing things.”

Walker said Catawba administrators have been preparing for the return of athletes for months.

“Our administration has done a great job,” Walker said. “We’ve been preparing for their return for a long time. What will we do and how will we do it? Those are things we’ve been figuring out for months.”

Walker obviously is thrilled with the football facility upgrade, and there’s more to come.

“We have enhanced our program, and the new video board should be coming in mid-August,” Walker said. The turf field will be big for the school, for our band, for intramurals, and for community events, for a lot of things beyond football.”

Catawba has had quite a few football staff changes.

Marco Butler is back at Catawba and will serve as the defensive coordinator.

“Tim is ready, and we’re excited to see what he can do,” Walker said. “No one works harder.”

Evans was a noted linebacker at Catawba, but it’s good for him to get experience on both sides of the ball. He’s a candidate to be the head coach for a program down the road.

“There are a whole lot of reasons to be excited about the season,” Walker said.  “I don’t care if I have to coach wearing a mask — I’ll be excited just to have football.”