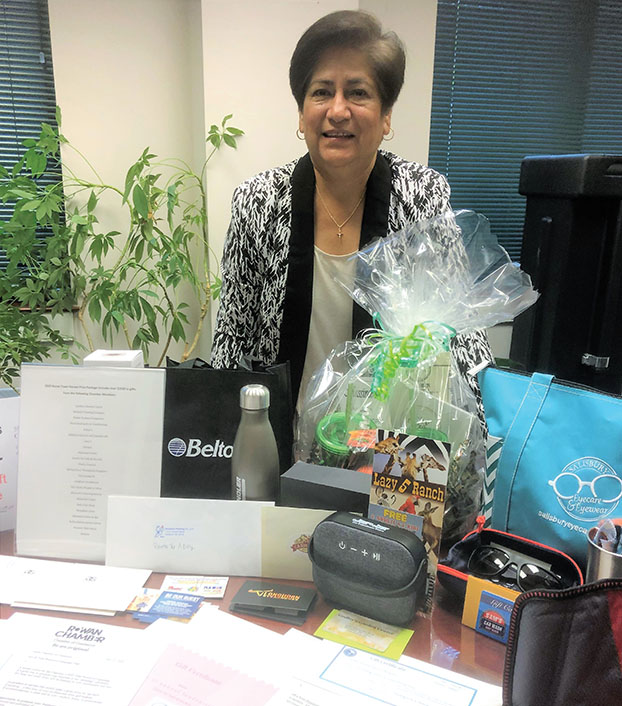 For being the top producer in the Rowan County Chamber of Commerce's Total Resource Campaign, Elia Gegorek was awarded with a “Home Town Heroes” package valued at over $2,500. Photo submitted.

SALISBURY — In early August, members of the Rowan County Chamber of Commerce gathered around their computer cameras for yet another Zoom meeting.

For this video meeting, however, they were all dressed up. Not in suits and dresses. Instead, it was in capes and costumes.

Chamber President Elaine Spalding was dressed like Batman villain Poison Ivy. F&M Bank Executive Vice President and Chamber Chair-Elect Bob Honeycutt was decked out in a Captain America costume. Other members showed up to the video meeting as an assortment of superheroes. The costumed Zoom call kicked off the chamber’s 2020 Total Resource Campaign, a 30-day long event during which the chamber recruits new business members and raises funds.

“The whole idea of the chamber campaign is you get business leaders dressed up in funny costumes and they challenge each other to see who can bring in the most new members,” Spalding said.

The theme of this year’s campaign was “Local Super Heroes,” which is why the county’s business leaders looked like they were prepared to trick-or-treat. 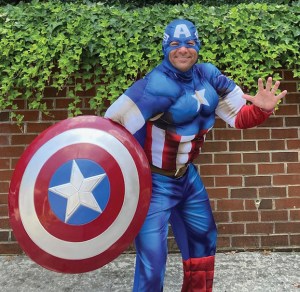 To kick off the Total Resource Campaign, Bob Honeycutt of F&M Bank dressed up as Captain America. Photo submitted.

The Total Resource Campaign recently concluded with the chamber adding 51 new businesses to its ranks and raising a total investment of over $79,368, including $19,600 from new members. Spalding said she was impressed with how well the campaign went despite some businesses being less likely to participate due to COVID-19.

“It was still a very successful campaign,” Spalding said. “We reached our goal for new businesses and exceeded it by one.”

Elia Gegorek, the owner of Gegorek & Associates Realty and the chair of the Minority Business Council, was the campaign’s top producer. Bringing in minority-owned businesses like her own was one of Gegorek’s top priorities.

“We recruited so many this year that are minorities,” Gegorek said. “We’re just going to help them out to get exposure. By giving them the exposure locally, that will help them. We’re also trying to help them by sending out letters or helping them present themselves to the city.”

Of the 51 new businesses that joined the chamber, about 30% are minority-owned, including the recently opened Belly’s Soul Food Diner and the community fixture Latin Mix.

Spalding said that many of the businesses that joined during the campaign were brought in after seeing the benefits that the chamber could offer them, especially during the COVID-19 pandemic.

“Particularly during the last couple of months, we have had so many small businesses contacting the chamber who hadn’t thought about joining before but they realized all of the different services we are offering with Zoom meetings, webinars and resources,” Spalding said.

Spalding said that the majority of newly recruited chamber business members are small businesses and that 86% of the chamber’s members have 20 employees or less.

The total investment of over $79,368 will go toward funding the services that the Rowan County Chamber of Commerce offers its members.

“It goes to helping support all of our small businesses and services, all of what we do to advocate and the resources we provide and the virtual type meetings and webinars we are doing,” Spalding said.

More information on the Rowan County Chamber of Commerce can be found online at www.rowanchamber.com.