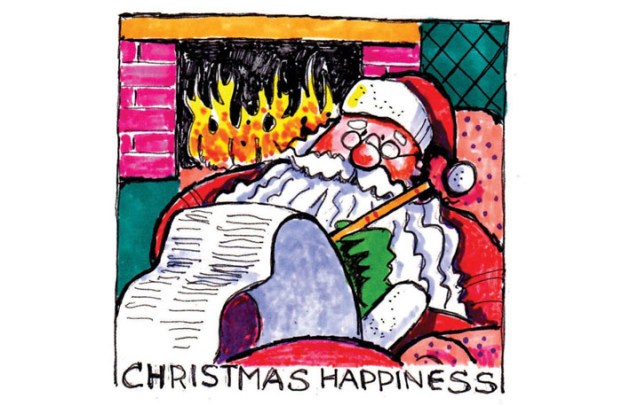 Grateful couple gives to Christmas Happiness in honor of family

SALISBURY — This year was particularly frightening for Julie Pinkston, who nearly lost her husband, Ott, to an illness following kidney surgery. So, she’s grateful for the support from family and friends.

To thank them, the couple donated to the Christmas Happiness Fund in their honor.

The Pinkstons spent much of this year in the hospital after Ott had a cancerous kidney removed.

“He did fabulously. But in late September he got deathly ill. I don’t know what we would’ve done without my daughter, Alex, and her husband, Gary,” Julie said.

She said Ott spent five days in the ICU and her daughter and son-in-law took care of everything for them.

Christmas Happiness began 68 years ago after Spencer Murphy, a Post editor at the time, discovered many children would not receive gifts on Christmas. He wrote a column to appeal to the citizens to give. The contributions poured in and have never stopped.

The Salisbury Post collects the contributions and the Salvation Army of Rowan County distributes the donations to the Christmas Happiness Fund. Families who qualify receive a voucher for each eligible child. Contributions will be collected through Christmas Day.

Any money received after that time goes toward next year’s contributions.

Alex and Gary have one daughter, Julie, a freshman at Appalachian State University.

Julie said she and Ott have always contributed to the Christmas Happiness Fund, including when she was a North Rowan teacher and adviser over the National Honor Society.

“They always collected money,” she said of the student group. “I just think it’s a wonderful thing that the Post has done all these years. I think this year particularly so many people are without food, toys and housing and that it’s our little gift.”

She said this year they’ve given to a number of other organizations.

“It has been a sad year for us. A good year for my husband thanks to a lot of prayer and medical miracles,” Pinkston said.

She said they also gave in honor of Ott’s sister, Dorothy Atkinson.

• In memory of Ollie McKnight and Shirley Baucom from someone who was lucky enough to be one of their students and later a co-worker at China Grove Elementary, $100.

• In memory of John and Catherine Kirk and in honor of their children — Mary Ann, Johnny, Margie, Jay, Cathy, Rita and Betty by Joseph Kirk, $25.

• In honor of Alex, Gary and Julie Kenny and Dorothy Atkinson from Ott and Julie Pinkston, $500.

• In honor of Chuck and Ann Recesso. In honor of Olivia, Sophia, Cooper and Avery Doty by Jim and Jeanie Doty, $125.

• In honor of our neighbors in The Greens at Crescent by David and Charlotte Hall, $50.

• In honor of our grandchildren Jason and Savannah by David Charlotte Hall, $50.

• In honor of friends Julie and Ott Pinkston by Barbara and Darryl Corriher, $25.

• In memory of Jeffrey King and Bryan Crane by Alan and Joy King, $100.

• In honor of all teachers and staff Rowan-Salisbury Schools by Alan and Joy King, $100.

• In memory of our parents and grandparents — Al and Thelma Boulus — from their children and grandchildren by Sandy Flowe and Michael Boulus and their children, $100.

• In loving memory of my parents — James and Georgia Ryan and my brothers — Jimmy and Mike Ryan by Kathy R. Stoessel by, $25.

• In loving memory of Sue Taylor Eagle, a devoted wife and mother, and Jeffery Glenn Eagle, loving son and brother, by Glenn, Duane and Tim Eagle, $100.

• In memory of Ward and Helen Ratledge by George Ratledge, $50.

• In memory of Mary Ann and William Edwin Bailey, Mr. Jack Hart. In honor of Hattie Hart by Glenda and Jerry Shepardson, $100.

• In honor of our Sunday school teachers — Billy Goodman and Debbie Miller — by the Arthur Shipton Sunday School Class, $50.

• In honor of our three beautiful granddaughters — Skylar and Calleigh Reavis and Madison Long — by Mary and Fred D. Long III, $100.

• In memory of our parents, Harry and Irene Rinehardt, Terry and Mary Ann Sifford and in honor of our friends and family in lieu of Christmas cards, $50.

Claire Allen, of Salisbury, was named to the Gardner-Webb University Dean’s List for the 2020 fall semester. Allen is a... read more