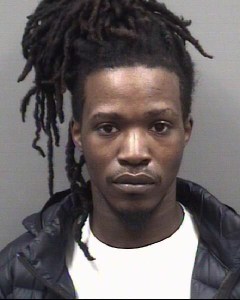 SALISBURY — A Salisbury man was charged with marijuana possession after a police officer spotted a marijuana blunt during a Wednesday traffic stop.

According to spokesman Lt. Lee Walker, an officer stopped a gold 2001 Saturn because the registration was revoked. McNeal was determined to be the driver.

The officer spotted a marijuana blunt upon approaching the vehicle. The officer searched the car and found marijuana, a digital scale and a Ruger 9mm.

• A woman reported on Tuesday her property was vandalized while in the 1100 block Peeler Road.

• A woman reported on Tuesday someone stole items from her vehicle while parked in the N.C. 801, Woodleaf.

• Copart reported on Tuesday someone forced their way into the business located at 1081 Recovery Road, China Grove.

• Gerry Wood Automotive on Tuesday someone stole automobile accessories and items from the property in the 400 block of Julian Road.

• A man reported on Tuesday his debit card was stolen from the 1300 block of Julian Road.

• Maria Navarrette Escobar, 34, was charged on Tuesday with misdemeanor assault and battery while at the Rowan County courthouse.

• Rashad Malachi Smith, 23, was charged on Tuesday with felony conspire robbery with a dangerous weapon while at the Rowan County courthouse.

• Mark William Chamberlin, 33, was charged on Tuesday with felony possession of a stolen vehicle while in the 100 block of Celestial Drive.