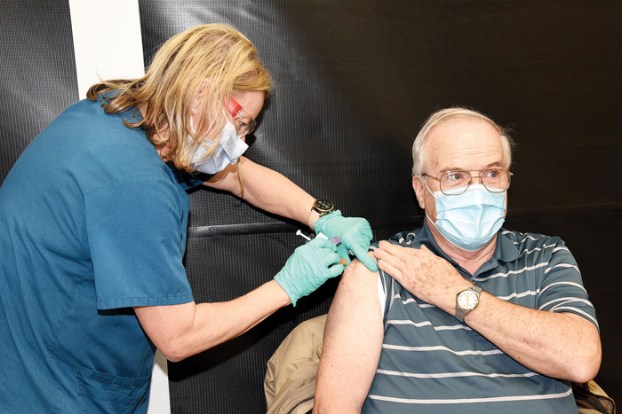 SALISBURY — Roughly one month since it gave its first COVID-19 vaccine to a veteran, the Salisbury VA Health Care System has topped 3,300 doses across its facilities.

On Thursday, acting Chief of Staff Randall Gehle told the Post staff had administered 3,009 doses and would reach 3,370 by the end of the week. Already, Gehle said, staff had given one vaccine dose to about two-thirds of the 75-year-old patients who will want one. He said the health care system also has given the first dose to a majority of its employees and has already started on second doses.

The Salisbury VA serves roughly 90,000 veterans and it expects that about half will receive a COVID-19 vaccine at one of its facilities, which includes clinics in Kernersville and Charlotte.

At the W.G. “Bill” Hefner VA Medical Center, staff are administering the Pfizer vaccine, which requires a super-cold freezer. Other sites in the Salisbury VA system are administering the Moderna vaccine. The system is using an appointment model at all of its sites and turning large rooms such as basketball gyms into vaccination clinics. In Salisbury, the VA is averaging about 150 to 160 doses administered per day.

It’s a different model than the Rowan County Health Department, which has operated a drive-thru site at West End Plaza and reached a peak of 200 vaccines administered in an hour last week. And the Salisbury VA also is has received larger shipments.

But Gehle says the Salisbury VA is satisfied with how its model is working out and that it regularly ranks among at the top of its region, which includes North Carolina and Virginia facilities, for shots administered.

Veterans also have expressed satisfaction with the way the Salisbury VA has handled the process. In a column about the experience published in the Post Thursday, Salisbury resident Ron Bowers said the process took 40 minutes from start to finish.

“There might be something to be learned here,” Bowers wrote.

Gehle said the Salisbury VA is motivated and wants to give as many vaccines as possible, with the potential for drive-thru clinics later on.

“We want to stop this disease in its tracks,” he said.”We’re going to work tirelessly to help protect them from COVID-19.”

While other sites have started vaccinating people 65 and older, the Salisbury VA will stay in the 75 and older group until it’s complete.

Veterans already enrolled in the VA system will be contacted by staff about scheduling their appointment when it’s time. People who haven’t been contacted yet can call the Salisbury VA’s call center at 800-706-9126.

Veterans who haven’t received service through the VA system before, meet criteria and would like to receive a vaccine are able to do so, Gehle said.

The Veterans Administration has an information page about receiving a vaccination at one of its facilities at va.gov/health-care/covid-19-vaccine.