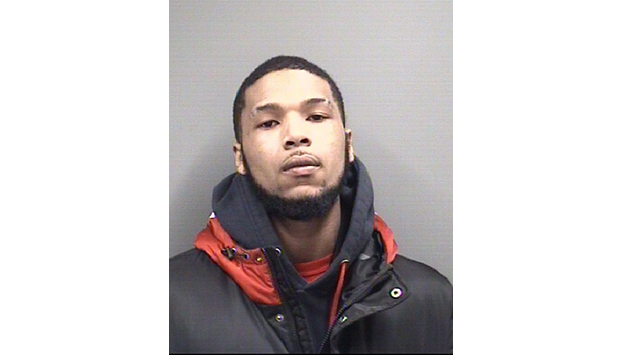 Blotter: Woodleaf man charged with armed robbery, shooting at victims as they fled

WOODLEAF — Kannapolis Police on Friday arrested a Rowan County man for first-degree burglary, armed robbery, shooting at people as they attempted to flee and firing a gun into inside occupied buildings.

Achazyah McCombs, 19, of the 170 block of Wetmore Road in Woodleaf was arrested on charges of first-degree burglary, robbery with a dangerous weapon and assault with a deadly weapon. McCombs also faces two counts of discharging a firearm into an occupied property.

A warrant states that between 9 and 10 p.m. on Feb. 6, McCombs broke into a home located on the 4500 block of Nob Hill Drive in Kannapolis with the intent to steal narcotics, money and other valuables. He had in his possession an AR-style rifle and handgun while threatening the life of three people in the building, according to warrants for McCombs’ arrest. He then shot at victims while they attempted to flee, warrants state.

McCombs was booked into the Rowan County Detention Center with a $50,000 bond.

Last month, McCombs also was charged in a drive-by shooting that occurred on South Main Street in Salisbury. In that incident, a Cadillac CTS occupied by three men fired several shots at a Jeep Cherokee on Mooresville Road, striking an innocent bystander.

In other weekend crime reports:

• Kenneth Wayne Gabriel, 39, of Salisbury was charged Friday with possession with intent to manufacture/sell/distribute 8 grams of cocaine and felony possession of methamphetamine. Gabriel was booked into the Rowan County Detention Center with a $25,000 bond.

• Claudie Boyd, 27, of Salisbury was charged Saturday with possession of firearm by a felon after having a green polymer 80 semi-automatic hand gun. Boyd pleaded guilty in 2018 to felony possession of a controlled substance while on prison/jail premises. He was booked into the Rowan County Detention Center with a $2,500 bond.

• Amanda Pate Burton, 37, of Salisbury was charged Saturday with felony possession of methamphetamine, a schedule II controlled substance, along with two misdemeanor charges of possessing drug paraphernalia and possessing marijuana up to one-half of an ounce.

• Sara Ann Holdren, 32, of Salisbury was charged Sunday with receiving stolen goods/property after receiving a license plate that belonged to Alfred Allen that officers say was feloniously taken.

• Felicia Darleen Crawford, 34, of Salisbury was charged Saturday with breaking or entering a motor vehicle and shoplifting after breaking into a 2004 GMC Yukon with the intent to commit larceny. The report also alleges Crawford stole two food items from Village Grocery, a gas station located at 4450 U.S. 601. She was booked into the Rowan County Detention Center with a $2,000 bond.

• Haywood Thomas, 63, of Hickory was charged by Salisbury Police Saturday with felony possession of cocaine, which is a schedule II controlled substance, along with a misdemeanor charge of possessing drug paraphernalia.

• Glenn Eugene Wilcox, 47, of Kannapolis was charged Friday with misdemeanor assault and battery after allegedly striking a victim and slamming him into the floor and wall, resulting in a broken ankle. Wilcox was booked into the Rowan County Detention Center with a $5,000 bond.

• Timothy Scott Stamper Jr., 32, of Salisbury was charged with misdemeanor child abuse, misdemeanor simple possession of a schedule II controlled substance and misdemeanor possession of a schedule IV controlled substance. A warrant states Stamper was operating a motor vehicle while impaired with substances yet to be determined and collided with a utility pole while his child, who was younger than 16, was in the vehicle with him. The report also states Stamper had in his possession less than 1 gram of methamphetamine and 5 grams of Alprazolam.

WOODLEAF — The N.C. State Highway Patrol has identified the two people involved in a weekend crash in which both... read more