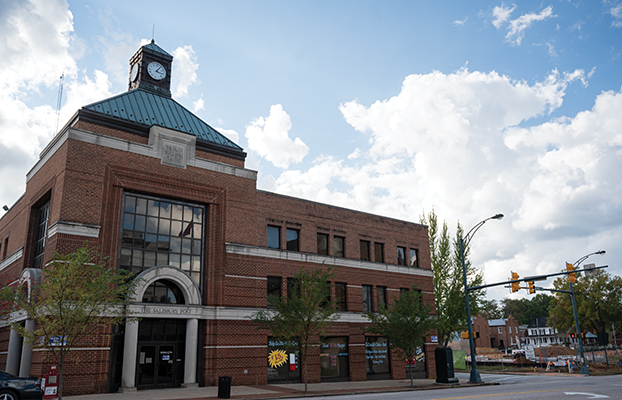 Post’s building back on the market after parking concerns

SALISBURY — The Post’s building is back on the market following concerns from a developer about insufficient parking.

A developer with offices in North Carolina notified the Post’s Realtor, Cathy Griffin of Century 21, that an agreement to purchase the building was being withdrawn as was allowed in the contract. The developer expressed concerns about insufficient parking in the building’s immediate vicinity.

The deal only included the building, and the Post intends to remain in the 131 West Innes St. location.

“The buyer saw us as a long-term tenant and even hoped to incorporate a newspaper theme as the building took on a new life, with the Post still operating in our current office space,” said Publisher John Carr. “They were an excellent fit for both the Post and Salisbury. We understand their decision and parted ways on good terms.”

The Post is exploring a sale after, like almost all other local news organizations, printing moved to a regional hub in Winston-Salem. The change helped hold down subscriber and advertising rates. Production also took up about 80% of the building.

Carr said the building offers a unique opportunity for the right developer — a front-row seat to the Bell Tower Green Park. Funded through private donations, the park will provide Salisbury with a central park in which the community can gather.

“What is now a less than attractive loading dock could become all manner of businesses that add to the attraction of a park visit. The possibilities are endless,” Carr said.

Griffin said the former buyer was a great fit and opened the Post’s eyes to the potential of the space.

“It may take longer than we thought, but we believe Salisbury and Rowan are moving in a great direction, and we have no doubt that it is catching the eye of other developers in the region,” Griffin said.