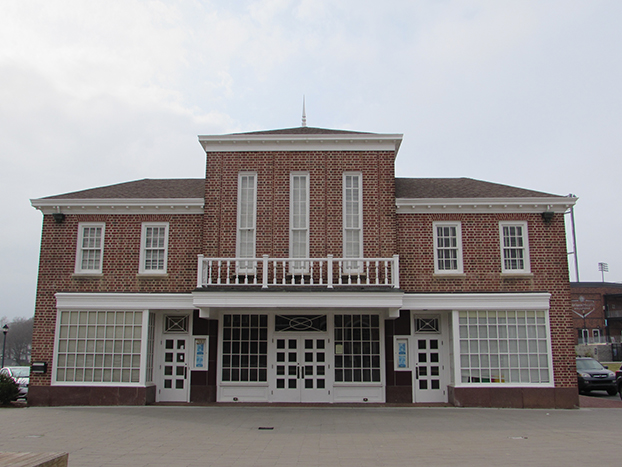 KANNAPOLIS — A historic downtown venue will once again be an entertainment hub.

The Kannapolis City Council on Monday night approved the sale of the former Swanee Theatre to West Avenue Entertainment, LLC for $567,000. The city will also provide a construction loan of up to $950,000 to the group. The new ownership group includes Kent Gregory and Ken Lingafelt, who have spearheaded efforts to renovate West Avenue.

Purchasing, renovating and reopening the Swanee Theatre was always a part of their masterplan for downtown Kannapolis, Lingafelt said. They originally were set to buy the building a year ago, but held off once the pandemic began. Instead, they focused solely on bringing businesses to West Avenue.

With that stretch of downtown almost complete, the developers will now turn their attention to the historic theater.

“We are looking forward to seeing this building come alive again,” Kannapolis Mayor Darrell Hinnant said in a news release. “Many of our residents have memories of the wonderful times spent at the Swanee being entertained with a movie. Now, the building will be restored and once again we will be able to visit it to be entertained with live performances.”

Lingafelt said his group plans on renovating the structure and opening it as an entertainment venue that will eventually host some form of entertainment every day of the week.

“We’ll be open year round, 365 days this venue will be open,” Lingafelt said. “We’ll start off with three nights a week and grow all the way to six nights a week or seven days counting our Sunday matinee.”

Renovations on the building will begin as soon as Monday.

The structure was originally built in 1940 and served as a movie theater until 1971. It was renovated in the 1990s and served as a visitor center and a workforce training center for Rowan-Cabarrus Community College before being vacated almost a decade ago. The property was initially purchased by Kannapolis in 2015 as part of the Downtown Revitalization Plan when the city bought 50 acres and over 700,000 square feet of commercial space 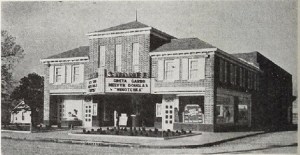 Lingafelt said the building is in great shape, especially for being 80 years old. That doesn’t mean there isn’t work to be done.

“It’s a change of use a little bit,” Lingafelt said. “The new roof will be the most expensive part, sprinkler system throughout all three floors, HVAC — would be the three big ticket items.”

The original stage built in 1940 will remain as the focal point.

Barring any major setbacks, Lingafelt expects the building to be ready to open by the fall.

“We’re very optimistic that we’ll be ready to open in October with our first show,” Lingafelt said. “It’s a lot of remodeling to do, but I’m confident we can get it ready barring no hang ups for October 9th. That’s what’s on my calendar when I’m looking for acts to come in on that.”

Lingafelt envisions the venue hosting country stars on Friday night, church services on Sunday morning and bluegrass music for Sunday afternoon matinees. A “full-range” of artists will perform at the venue, he said.

No permanent seating will be added to keep the space flexible for different kinds of events.

While he doesn’t expect the venue to turn a major profit, Lingafelt views the Swanee Theatre as another piece in the puzzle as they try to grow downtown Kannapolis.

“I don’t see it as a huge money producer, but it’s really an amenity,” Lingafelt said. “As you grow a downtown and you want people to come and live here, give them amenities.”

He expects the entertainment venue to generate over 100,000 visitors a year at 60% capacity.