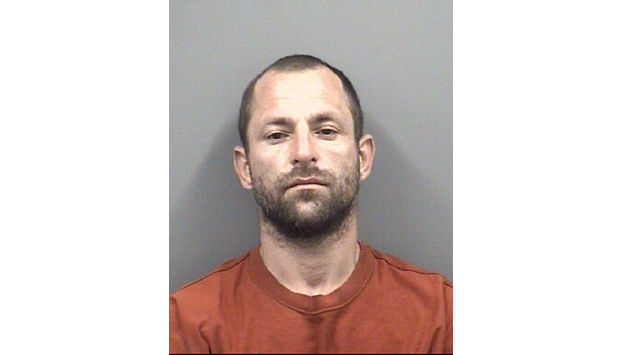 SALISBURY — A man from eastern North Carolina is accused of using a stolen moped to take law enforcement on a chase from Salisbury to Kannapolis on Sunday.

Freddy Dewayne Gentry, a 34-year-old man from Vanceboro, was charged with felony fleeing to elude, possession of a stolen vehicle, resisting, obstructing or delaying an officer and driving while license revoked. He also faces charges of felony breaking and entering and larceny after breaking and entering.

The deputy asked Gentry to turn off the scooter and attempted to make a traffic stop on Standish Street, but Gentry turned back onto Brenner Avenue and sped away, the Rowan Sheriff’s Office said.

The chase snaked through Salisbury before ending up on Interstate 85 south toward Charlotte. At one point, Gentry put up his middle finger and mouthed obscenities at the sheriff’s deputy, an incident report states.

Once in Cabarrus County, Gentry allegedly drove through several stop signs and red lights without stopping as well as driving the wrong way in traffic for several miles.

An incident report states Gentry laid the scooter down at 1005 Scottish Square Drive in Kannapolis and ran across the parking lot of a motel before law enforcement officers chased him down.

Gentry was booked into the Rowan County Detention Center and received a $50,000 bond.

SALISBURY — Roughly 100 days into Tony Watlington’s tenure as superintendent, Rowan-Salisbury Schools is examining what its future should be.... read more