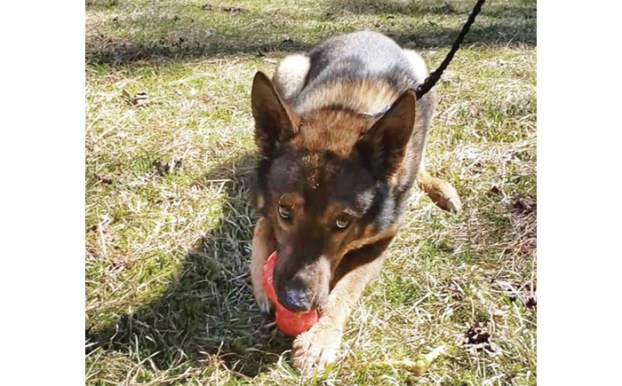 SALISBURY — No criminal charges will be brought by the Rowan County District Attorney’s Office against former Salisbury Police officer James “Buddy” Hampton for engaging in “inappropriate discipline” of a K-9 officer, a news release announced Wednesday.

A video recorded last year and leaked in March showed Hampton pulling K-9 Officer Zuul over his shoulder with a leash and slamming him into an SUV. The video prompted public outcry and an investigation by the Salisbury Police Department. That investigation recommended Hampton’s firing. Before the department’s disciplinary process, which requires a hearing, concluded, Hampton offered his resignation.

After the video was made public in March, the Rowan County District Attorney’s Office, led by Brandy Cook, contacted the N.C. State Bureau of Investigation to ask about a criminal investigation in the matter. The organization declined to do so because it said there was no reason to believe evidence supported a felony offense.

As a result of a mutual-aid agreement with the Rowan County Sheriff’s Office, the Iredell County Sheriff’s Office conducted a criminal investigation. The role played by the District Attorney’s Office was limited to reviewing whether there was sufficient evidence to prove beyond a reasonable doubt a violation of criminal law — not if Hampton violated Salisbury Police Department policies and procedures.

During the investigation, Iredell County Sheriff’s Office investigators interviewed several Salisbury Police officers, including Zuul’s former handler and Hampton’s supervisor. A lieutenant with the K-9 unit stated he believed Zuul was disciplined incorrectly. A second officer said Hampton’s discipline was excessive and not necessary. Investigators also interviewed multiple presidents of canine training facilities, one of whom stated the incident was “an overcorrection of the canine.”

The leaked video showed what Salisbury Police Chief Jerry Stokes described as a training exercise. As Hampton walked to a man in a “bite suit,” Zuul jumped out of a police SUV. Hampton turned and commanded him to stay. Then, Hampton connected Zuul’s collar to a leash, pulled the K-9 up onto his shoulder by the leash and carried him back to the police SUV.

The video shows another police vehicle behind the one to which Zuul is returned. Comments were heard about “no witnesses” and there was talk about turning off cameras.

“The comments by the bystanders in the video, while clearly appearing to be inappropriate, do not rise to the level of committing a criminal offense by aiding and abetting or by acting in concert,” the Rowan County District Attorney’s Office said in its news release. “The bystanders did not knowingly advise, instigate, encourage, procure or aid another person to commit a crime, nor did the actions or statements cause or contribute to the commission of a crime by another person.”

The full press release from the District Attorney’s Office can be found here.

Before deciding not to bring charges, the Rowan County District Attorney’s Office reviewed the Iredell County Sheriff’s Office investigation court cases State vs. Fowler and Regalado vs. United States and the video. While disturbing, a news release stated, it “does not meet the elements of the applicable statutes.”

SALISBURY — Without having ever stepped foot in Salisbury, Matthew Achak has already created several dozen jobs for residents in... read more