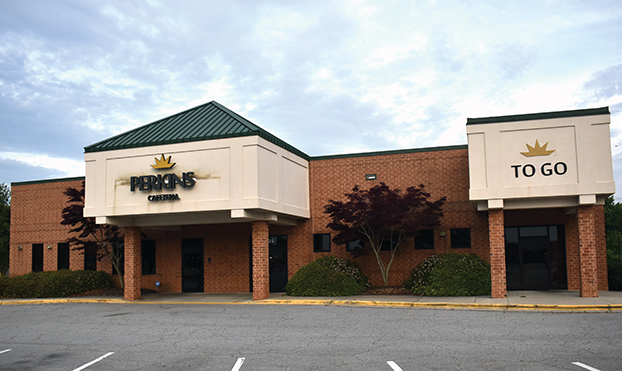 SALISBURY — Despite the challenges that come with launching a new restaurant during a pandemic, Perkins Cafeteria plans to open its doors to Salisbury diners in July.

Located in the former K&W Cafeteria building at the West End Plaza, Perkins Cafeteria will seek to fill the void left by the restaurant chain, which declared bankruptcy and closed numerous locations last year.

“We felt like it would be a good opportunity for us because the community needed to have an environment where they could get wholesome, quality meals at a reasonable price point,” said Nicholas Perkins, president, chairman and CEO of Perkins Management Services.

While Perkins Cafeteria will inhabit the same space and cater to a similar population as K&W Cafeteria, Perkins said his restaurant will be unique from the building’s former tenant.

The cafeteria-style eatery will serve “traditional American southern style and Creole cuisines.” A few of the menu items that have been developed so far, Perkins said, are a porterhouse pork chop with mango chutney and an apricot-glazed Cornish hen.

The company opened Laurene’s Cafeteria, named for Perkins’ grandmother, in Charlotte last year. A second Perkins Cafeteria will be opened in El Paso, Texas, after the Salisbury location is up and running.

Jahlil Lord, the company’s Charlotte-based real estate agent, identified the building at 1925 Jake Alexander Blvd. West as a potential spot for the restaurant after K&W closed in August. The company signed a five-year agreement in December with Rowan County, the owner of the building, to lease the space for $2,250 per month. The lease will be adjusted 2.5% annually.

Not only is the inside of the building equipped with a kitchen, but it’s also located in city the company is familiar with. Since 2013, Perkins Management Services has provided meal services to Livingstone College students. Now, the company will provide them with opportunities as well.

“We are going to partner with the hospitality program that Livingstone has as well to incorporate their culinary program and give students the opportunity to be able to get firsthand experience in working in a restaurant,” Perkins said.

One of the restaurant’s goals, Perkins said, is to take care of the “vulnerable population” of Rowan County, including seniors who may have a difficult time finding nutritious meals. Perkins Cafeteria will offer both curbside pickup and a delivery option, giving customers the option of ordering meals in bulk and having them brought directly to their home.

The restaurant is currently developing an interactive website through which curbside and delivery orders can be placed. The website, perkinscafeterias.com, is where people can find updates on the restaurant’s opening plans.

Preparing to open the restaurant, Perkins said, has not been without its difficulties. Finding staff members and working through supply chain issues have been the main hurdles.

“There have been a number of challenges that we have had to navigate in order for us to be able to launch,” Perkins said. “But we have gotten beyond many of them, most of which have been out of our control.”

The Perkins Cafeteria sign has already been installed on the outside of the building, but more work needs to be done to prepare the inside and outside of the restaurant for its July opening.

“We are currently in the process now of preparing the facility for deep cleaning,” Perkins said. “We’ve hired a contractor that will come in and handle some of the repairs that will need to happen on the interior of the building and get the marketing materials and improvements.”

Perkins said the restaurant is “taking its time to do it right,” but is excited to open its doors to the Salisbury community in a couple months.

SALISBURY — The Rowan County Board of Commissioners on Monday took final steps for state funding to complete the first... read more

After another court ruling against it, what’s next for voter ID in NC?

With COVID statistics still concerning, local health experts weigh in on the safety of gatherings