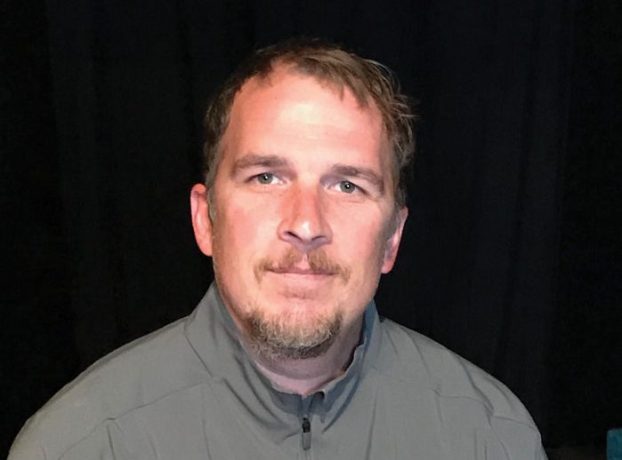 LANDIS — Head coach Chris Walsh shook hands with each masked South Rowan player as he filed out of the auditorium on Friday, and a new era got started for the Raiders’ football program.

“Don’t let anyone tell you that you can’t do this,” were Walsh’s last words to the team.

He knows a lot of people will tell Raiders they can’t do it because, well, South hasn’t done it in a long time in football.

Walsh follows Daniel Yow, who was 12-50 in six seasons.

Yow did his best to change the mentality and the physicality, tried hard to turn things around, but the former Catawba College lineman couldn’t transform a familiar pattern of occasional wins and lopsided losses. South’s gridiron struggles go back a long way before Yow was hired. South is 40-121 since Carson opened in 2006, five miles from South, on the other side of Interstate 85.

Since Carson’s birth, South has enjoyed one good football team. South was really strong in 2009 (9-3) when it boasted a host of next-level athletes.

Only a handful of South teams in the past dozen seasons have been able to compete past halftime with upper-tier teams. Since that 2009 squad beat A.L. Brown and Statesville, among others, no South team has won more than three games. South hasn’t seen the playoffs since 2009 and hasn’t won a playoff game since 2003.

That’s a lot of daunting history.

In the big picture, high school football is more about building character and molding quality people than it is about wins and losses and college scholarships, but it’s still vital for a school and a community to be able to point with pride at its football team. It’s not essential to win championships, but it’s important to be able to compete on Friday nights. It’s important to have a chance.

Walsh isn’t from here, but he’s familiar with the area. He understands the challenge he’s accepted. He knows the numbers.

His list of coaching influences and mentors includes former East Rowan and Central Cabarrus head coach Kenneth McClamrock and Matt Stack, a Northwest Cabarrus graduate who coached football and baseball locally before moving on to a variety of coaching jobs.

Walsh’s wife is a graduate of Concord’s J.M. Robinson High, so taking the South job is basically a homecoming for him.

He wants to be around for the long haul.

“Growing up, my family moved around all over the place,” Walsh said. “Now I’ve got a 4-year-old daughter and I’d like for her to be able to grow up somewhere that she can call home. This is a great area to live and work in.”

Walsh was born in Florida and went to high school in Georgia.

He came to North Carolina seven years ago.

“I’ve been an offensive coordinator and I’ve been a position coach for every group except linebackers,” Walsh said.

At McMichael High School in Mayodan, just south of the North Carolina-Virginia state line, Walsh assisted Stack. There was tangible progress, as a program that was perceived as hapless made the playoffs in 2016. Players embraced Stack’s philosophy of  “old-school values and new-school football.”

When Stack was hired as head coach by Rosman, in the N.C. mountains, in March 2017, Walsh was credited with holding things together at McMichael in the spring months between Stack exiting and new head coach Darnell Wiggins being hired.

The next stop for Walsh was Bishop McGuinness in Kernersville. That’s a school known for terrific basketball, but not for football. Walsh helped head coach Drew Hackett build a 2018 football team that made the playoffs and won eight games.

“The common theme in helping turn things around at both of those programs was everyone buying in,” Walsh said.

Hackett moved on to CATA and then Sun Valley.

A coaching friend informed Walsh about the South job coming open when Yow resigned in April, and Walsh was ready to seek a head-coaching opportunity and applied.

Walsh said he was actually a substitute teacher at South years ago.

“South made a favorable first impression on me.” Walsh said. “I thought then it would be a good place to be. It’s funny how things work out.”

South principal Dr. Amanda Macon and AD Angie Chrismon led the search for a new coach. Macon said there was some thinking outside the box, with a group of South athletes involved in the selection process.

“Everyone kept coming back to Chris Walsh,” Macon said. “We were impressed with his energy, his excitement, his dedication.”

Energy is awesome, but everyone understands there’s no quick fix at a place where there’s been one winning season since 2003.

“There are different ways of defining football success,” Macon said. “First, we want football to help build good, productive people. But we do want to get better on the field. Let’s be better today than we were yesterday.”

After four years in 2A, South moves back to the 3A ranks this fall.

That’s not necessarily an awful thing. The conference football foes South will face — East Rowan, Carson, West Rowan, Lake Norman Charter, Northwest Cabarrus, Central Cabarrus and Concord — are unlikely to be any tougher than the Salisbury, North Davidson and Oak Grove squads the Raiders ran up against in their 2A league.

South will welcome in the fall one of the best groups of athletes that Corriher-Lipe Middle School has produced in many years.

Walsh said he wants to “hit the ground running” in a couple of weeks.

“The previous staff did a good job as far as putting in a foundation,” Walsh said. “The plan now is to make football fun and exciting and to have a big turnout of players. We need everyone from the seniors on down to embrace what we’re doing. We want  everyone to feel like there’s no place they’d rather be than on the football field.”