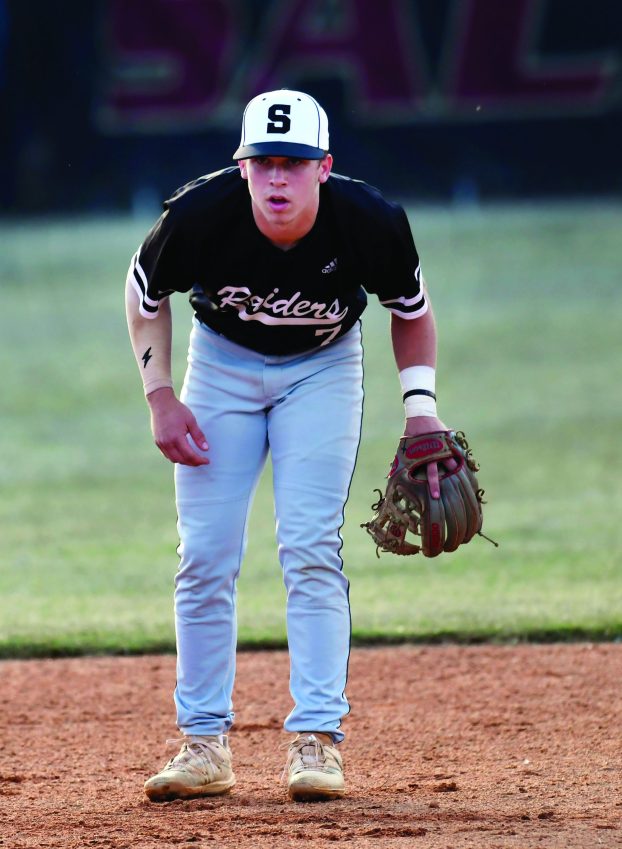 South’s Nathan Chrismon is exceptionally fast on the bases. The rising senior batted .340 and posted a .529 on-base percentage. He scored 24 runs in the shortened season and stole 12 bases. File photo by Wayne Hinshaw, for the Salisbury Post

There’s a recent precedent for success. Eric Tyler, a fine player at South Rowan, turned in a stellar career for the ECU Pirates before graduating in 2017.

Chrismon, South’s shortstop, doesn’t have the size of a prototypical Division I commit at 5-foot-9, 165 pounds, but he’s exceptionally fast on the bases (6.57 seconds in the 60), has a strong arm and is well-schooled in baseball fundamentals.

Chrismon is a three-sport athlete who also competes in football and basketball. He’s been a perennial member of the All-Rowan County football team and made a lot of things happen for South as a scrambling quarterback as a junior. He also has played running back, receiver and defensive back.

Chrismon was one of the offensive and defensive catalysts for South Rowan’s 14-4 baseball season that included the Central Carolina Conference Tournament championships and two 2A playoff wins.

He was All-Rowan County, batting .340 and with enough walks and HBPs to post a .529 on-base percentage. He scored 24 runs in the shortened season and stole 12 bases.

Along with South teammates Kane Kepley and Ty Hubbard, Chrismon played on the gold medal-winning team at this summer’s State Games.