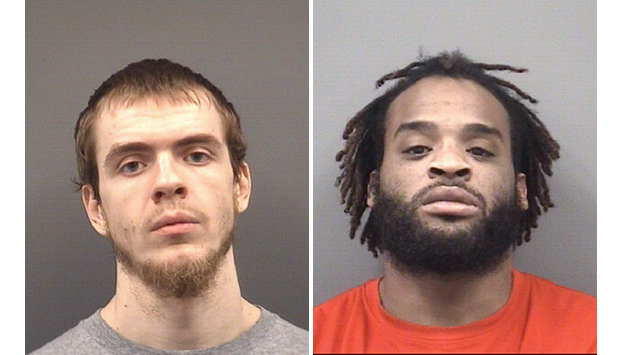 SALISBURY — Two men face murder charges in connection with the death of Judy Eller Hoffner, a 79-year-old woman who lived in the Gold Hill area.

Robert Maurice Singletary, 30, of Old Mocksville Road was charged Monday with murder, robbery with firearms or other dangerous weapons, possession of a firearm by a felon and felony breaking and entering. Already in jail for an unrelated robbery, Singletary was charged at 1:45 p.m. Monday for the new crimes.

Douglas Martin Patrick, 24, was arrested Tuesday at his residence in Winston-Salem. The Rowan County Sheriff’s Office said Patrick will be charged with breaking and entering, possession of a firearm by a felon and murder. He was still being interviewed by detectives Tuesday afternoon and hadn’t been booked into jail.

Hoffner, who lived on Wyatt’s Grove Church Road in the Gold Hill area, was found dead in her home by a family member around 8 p.m. on June 10. Detectives found evidence of a break-in during their investigation and paid extra to send items to a lab operated by the Richland County, South Carolina, Sheriff’s Office instead of the North Carolina state lab because of a faster turnaround time.

It wasn’t immediately clear Tuesday what led deputies to Singletary and Patrick.

Singletary has a criminal history that includes multiple convictions for robbery and breaking and entering. In July, Singletary also was charged with robbing a man while the victim was in his car at the Dollar General on Statesville Boulevard in Cleveland. He’s been in jail since being arrested July 21 for that crime.

Patrick also has a criminal history in Rowan County that includes convictions for robbery, burglary, assault with a deadly weapon and breaking and entering.

SALISBURY — While Livingstone College will require everyone on campus to be vaccinated this semester, Catawba College will ask students... read more