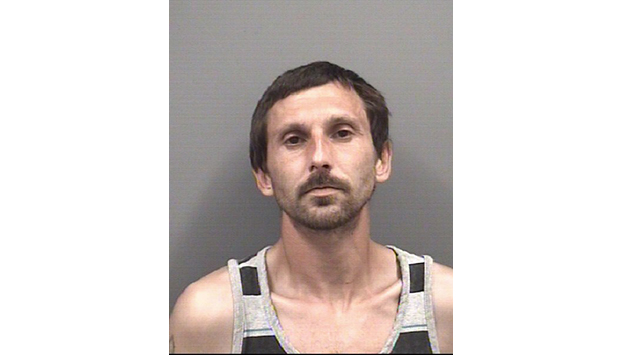 SALISBURY — A 31-year-old Gold Hill man was jailed Monday for a sex crime after an incident with a minor.

Matthew William Cokeley was charged Monday with statutory rape/sex offense with a 13, 14 or 15 year-old by someone at least six years older.

The Rowan County Sheriff’s Office said Cokeley’s victim was a 15-year-old girl who was a friend. The investigation began in March when the victim reported the incident.

Cokeley was booked into the Rowan County Detention Center with a $25,000 bond and remained there on Wednesday.

• Rowan Transit on Monday reported a stolen catalytic converter in the 2700 block of Old Concord Road in Salisbury.

• Select Timber Services on Monday reported a burglary in the 300 block of Barber Junction Road in Cleveland. The estimated loss was $3,500.

• A woman on Monday reported a $1,500 lawn mower was stolen from the 4200 block of Franklin Community Center Road in Salisbury.

• A man on Monday reported a lost handgun in the 3500 block of Carmi Lane in Salisbury.

• A woman on Monday reported assault in the 2200 block of Woodleaf Road.

• A woman on Tuesday reported a larceny resulting in a $500 estimated loss in the 1300 block of Tabernacle Street.

SALISBURY — The Rowan-Salisbury Schools Board of Education on Monday approved an initial budget resolution to administer $207.6 million in... read more