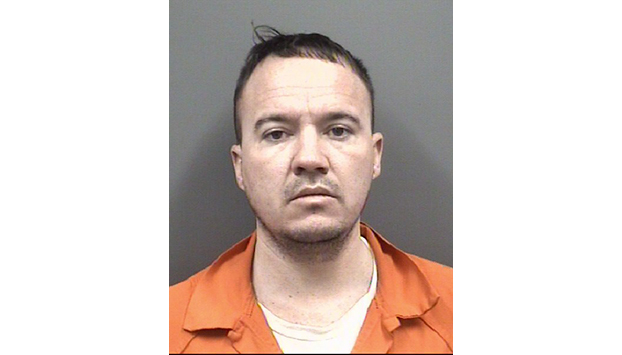 SALISBURY — A Salisbury man will serve more than two years in prison after pleading guilty in federal court to importing opioids into Savannah, Georgia, via the dark web.

Wesley McKeehan, 34, pleaded guilty this month in a federal court in Savannah to distributing oxycodone. In addition to 26 months in prison, Judge R. Stan Baker ordered McKeehan to serve three years of supervised release after completing his prison term.

His charges stem from an incident on Aug. 13, 2020, when a package was sent to a man named Eric Schmidt, a 50-year-old who lives in Savannah. Drug Enforcement Administration agents in Savannah received an alert the package potentially contained drugs and searched it after delivery. A news release stated Schmidt admitted to purchasing oxycodone from McKeehan through an overseas distributor on the dark web — a part of the internet that’s not visible with regular internet search engines and requires specialized web browsers to access. The dark web can be used to keep internet activity anonymous as well as for illicit activity.

“Mr. McKeehan thought he could hide his illegal operations through the use of the dark web,” said Robert J. Murphy, special agent in charge of the DEA Atlanta Field Division. “But criminals who operate on the dark web should know that the DEA and its law enforcement partners will not rest until all of the distributors of this poison are caught and prosecuted.”

Acting U.S. Attorney for Georgia’s Southern District David H. Estes said use of the dark web for buying and selling illegal drugs is “a growing menace that worsens the deadly opioid crisis in our communities.”

McKeehan was indicted in April. He initially faced a charge of conspiracy to possess oxycodone with intent to distribute. That charge wasn’t included in the plea agreement, which is dated July 8.

Lynne M. Fleming, McKeehan’s attorney, said in a court document on Monday his client isn’t planning on appealing the case.

Schmidt was sentenced to probation after pleading guilty to separate charges.

SALISBURY — At the end of a meeting that needed to be extended twice, the Rowan County Planning Board late... read more