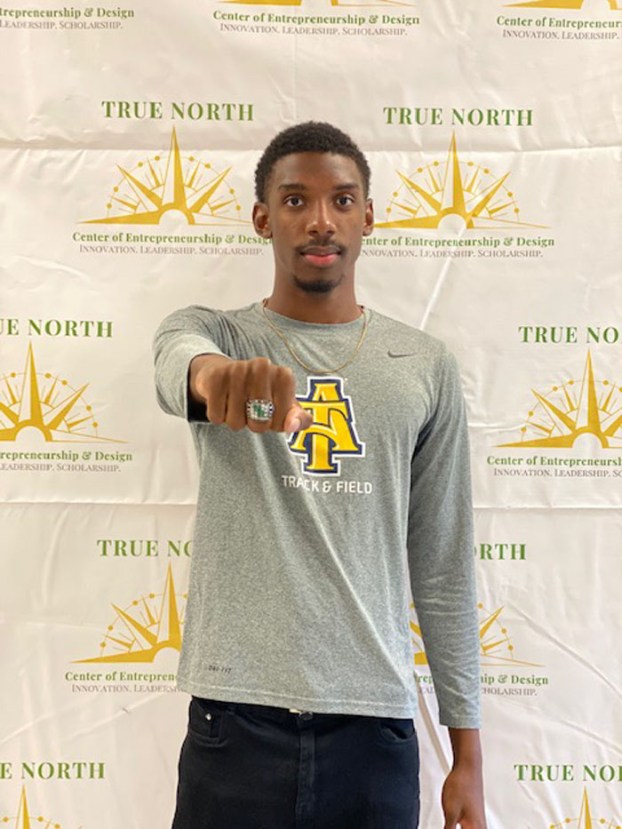 Goodes was county champion, Midwest Regional champion and 1A state champion in the high jump as a senior.

He cleared a PR 6 feet, 8 inches in the regional and won the state title with a 6-6 effort.

Goodes, who also stood out in football and basketball for the Cavaliers, is now a freshman at North Carolina A&T.

South Rowan won 25-14 and 25-14 against Northwest Cabarrus on Tuesday.

Abbey Lawson will play Ellison Frick in the singles final. Both girls won twice on Tuesday

In 1A singles in the CCC tournament, North Rowan’s Eva Lamanno won a first-round match. She placed second and qualified for regionals.

West Rowan’s Lacy Waggoner finished fourth in singles in the tournament and qualified for regionals.

Davie scored 29 points in the fourth quarter and outscored Mount Tabor 56-49 on Monday in a Central Piedmont Conference game.

Davie had 629 yards of offense.

Hudson had nine catches for 183 yards.

Davis had shutouts in wins against Lenoir-Rhyne and Limestone.

Catawba finished 17th. Hunter Donahue led Catawba with a 1-under 212 and placed 33rd.